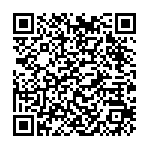 The media reporting and covering of the Syrian civil war is playing a big role on how we perceive the war in Syria and how we imagine its future. The findings of the Syria in Global Media report.

The conflict of Syria is not only a devastating human tragedy for its citizens, and a proxy war where regional players are fighting for influence at the expense of Syrians’ suffering and lives. It is also a war of narratives carried out by media outlets and news organizations whose agendas, interests and (why not) bias, makes it harder for the audience to frame the conflict causes, comprehend what is at stake, and see the big picture on the geopolitical implications.

The narrative warfare is also hindering the efforts of those who are working in the pursuit of peace, whilst amplifying the split among the parties pro and anti the Assad establishment.
Over all, this media war of narratives is contributing a great deal to how we perceive the war in Syria, and how we imagine the future of this troubled country.

These concepts are addressed and explained in “Syria in Global Media”: a comprehensive study that that uncovers the main trends on how the global media has reported the war in Syria. The study was developed by an international team of analysts led by the Finnish Evangelical Lutheran Mission (FELM) and the Common Space Initiative (CSI). The study spans from 10.3.2015 to 10.9.2015 and is focused on digital media and social media. It was presented at the European Institute of Peace in Brussles this week.

Here some of the key facts

A unique study looking at 292 media outlets, 44220 articles, 6 million social media posts over the course of almost one year.

Stories on the conflict dynamics and acts of terrorism comprised 48% of the coverage on Syria; only 11% mentioned ongoing peace talks, and a mere 3% reported on humanitarian issues.

Pro-opposition posts tend to dominate social media; and a new trend in social media analysis showed a dramatic rise in bots and automated reposts and retweets.

Terrorism had the biggest share of the media coverage getting 4176 hits during the period of analysis, 30%of the total coverage on Syria. Terrorism and conflict categories comprised 46% of all coverage.

Articles were often short and covered only one aspect of the ongoing situation lacking deeper presentation of events.

Media was in many cases reporting according to its home country’s geopolitical position and policy on Syria.

Syrian media (both opposition and loyalist) has little reach outside Syrian audiences. As such there a “disconnect" between the Syrians and the international media discourses.

Coverage on refugee topic increased from 7% to 23% after the refugee crisis started reaching Europe in August 2015. Proximity of the impact of refugee issue to Europe seems to increase media’s interest in the issue.

ISIS received a lot of media coverage and there are examples of ISIS receiving media attention at the expense of other themes such as humanitarian aid and refugees, and the suffering of civilians.

Terrorism had the biggest share of social media coverage getting over 300.000 mentions during the period of analysis.

Conversation on humanitarian aid and refugees was broader in social media than it was in digital media but still was not so visible due to large amount of bot-posts and overall amount of conversation.

Attention of the social media posts on refugees increased from 12% to 31% after the refugee crisis started reaching Europe in August 2015.

Social media posts on Syria are challenging to track reliably due to a large amount of bots and ideological posting by different groups.

During the debate, it was aslo highlited how journalists have problems when it comes to news access. «Armed groups often control the narrative and your level of access. I had some great local stories but I could never sell it to a media outlet said photo journalist Benjamin Hiller.