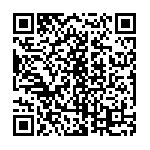 "We need to find an agreement that will effectively tackle the conflict and human rights risks in the mineral supply chains". 126 NGOs, including Global Witness and Amnesty International have signed an open letter calling for tighter regulation of conflict minerals, addressed to the Dutch Presidency of the Council of the European Union and the 28 EU Member States.

Global Witness, Amnesty International and another 124 NGOs have signed the open letter below:

Minerals are key components in many everyday products, from mobile phones, laptops, and jewellery, to cars and light bulbs. In too many cases, however, the extraction and trade of these resources is linked to conflicts and human rights abuses. Civil society organisations have been documenting the links between minerals and these abuses for years, from their role in funding violent armed groups to the use of child labour in mines. But these abuses persist, and companies are still buying and using such minerals without assessing and addressing these risks. It is time to change the status quo. It is time for EU governments to take effective legislative action to ensure companies source minerals responsibly, transparently and sustainably.

EU institutions are currently working on a regulation that aims to tackle the sometimes deadly trade in four of these minerals - tin, tantalum, tungsten and gold.

This initiative is long overdue. The EU is the largest trading block in the world and a significant destination for these minerals. The EU is also a major market for many of the products that contain these minerals; it is the second largest importer of mobile phones and laptops in the world. With this come both a responsibility and the power to make a real difference by making sure its companies are sourcing minerals responsibly.

The EU also needs to show it is serious about meeting its stated commitments on promoting responsible business. Under its new trade strategy, the Commission argues that the “responsible management of global supply chains is essential to align trade policy with European values.”[1]

In the minerals sector, the leading international standard for responsible business is the Due Diligence Guidance developed by the Organisation for Economic Co-operation and Development (OECD).[2] This standard has been endorsed by the EU and by doing so it made a commitment to implementing it. Unfortunately, EU Member States have instead been dragging their feet and, as a result, have little to show from years of voluntary initiatives and encouragement.

As civil society organisations we have therefore called for a strong and effective regulation that would require all companies bringing these minerals into the EU - in whatever form - to perform some basic checks and due diligence on their supply chains, as is common in other sectors from food to financial services. Our calls have been echoed by business leaders, investors, religious leaders, and leading civil society activists. Through over 362,000 actions,[3] EU citizens have also made it clear that they expect to be able to purchase products that have been sourced responsibly, transparently and sustainably.

In May 2015 the European Parliament took a strong stance by voting for a binding law that would cover companies importing into the EU minerals in their raw form, as well as in products containing them. But more than a year later, negotiations are still ongoing. Member States, in particular, have pushed back, promoting voluntary measures and self-regulation by business, while seeking to entirely exempt companies that import products containing these minerals from the scope of the law.

Civil society organisations have been documenting the links between minerals and these abuses for years, from their role in funding violent armed groups to the use of child labour in mines.

The Dutch government, acting as President of the Council of the EU, has worked hard to secure an agreement over the past few months. We recognise and welcome this initiative that has introduced some much needed momentum into negotiations, but there is still work to be done to find an agreement that will effectively tackle the conflict and human rights risks in the mineral supply chains.

Including companies that import products containing minerals in the regulation will be vital to its effectiveness and impact.

Many of the minerals that risk being linked to human rights abuses and conflict enter the EU inside manufactured products, and it is as a major destination for such products that the EU exerts its most significant commercial leverage over the supply chain. Companies that import these products must be covered by the regulation if the EU is to establish an effective due diligence system which prompts companies throughout the supply chain to identify and mitigate the risk of contributing to conflict and human rights violations through their business activities. The OECD Due Diligence system is specifically designed to include companies along the entire supply chain. This ensures responsibilities are distributed fairly and manageably while building the critical mass and momentum needed to develop joint industry programmes and collaboration that make due diligence easier and more efficient for everyone.

We are calling on the Council to listen not only to the European Parliament, but also to the many activists, investors, civil society, and citizens that have called for a strong and effective EU law. At a minimum, this means a regulation that covers companies that import into the EU minerals in their raw form as well as companies that import products containing these minerals.

We also urge the Dutch government to make full use of its remaining time as President of the Council of the EU and continue to facilitate a constructive dialogue between the co-legislators. There is still time to deliver the regulation that the EU, and the communities that provide the resources upon which we are increasingly dependent, both deserve and need.