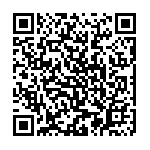 According to the humanitarian organization, 250 million boys and girls around the world are growing up in crisis-affected regions.

Since World War II, there have not been so many children suffering the consequences of conflicts, crises and natural disasters. According to a UNICEF report, nearly 250 million children live in countries and areas affected by armed conflict, and millions more bear the brunt of climate-related disasters and chronic crises.
At the same time, the complexity and the duration of emergencies increased - anywhere in Afghanistan, Syria, Yemen and Sudan. Only in 2015, 16 million children were born in war zones.

Around the world, because of the crisis and natural disasters, some 75 million children and young people between 3 and 18 years - old can not attend kindergarten, going to school or learn, if not erratically.

On average, each day 4 schools or hospitals are targets of armed attacks. Only in 2014 in Afghanistan were recorded 164 attacks on schools. In the same period in Iraq there have been 67 attacks. In Nigeria, the terrorist group Boko Haram has destroyed or damaged 1,200 schools and killed more than 600 teachers.

In Syria, only in 2015, UNICEF has verified more than 1,500 serious violations of rights of children- and it is only the tip of the iceberg. In 60% of cases, children have been killed or maimed by bombs in densely populated areas. A third of the victims was killed on the road to go to school.

In wars or on the run, the children's confidence has been destroyed. According to UNICEF, about 20% of children affected by conflict in the Middle East are at risk of developing mental health problems. Between 3 and 4% of them risk of developing serious problems if you do not receive aid.

The protection of children and the educational programs are a lifeline for millions of children in countries affected by crisis. Children are often incredibly resilient. If the have access to safe places to play and learn, they can grow and develop even if they have experienced the worst experiences.

UNICEF stresses that children in crisis-affected regions need more drinking water, food and medicine. Humanitarian and development assistance must go hand in hand to ensure that boys and girls can have a better childhood - even under the worst conditions. This means giving them protection, care and the opportunity to attend school.