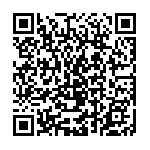 As the European Union prepares for critical talks on the rules governing applications from people seeking protection in Europe, UNICEF has called for the interests and rights of children to be given greater priority.

In the coming days, 28 EU member states and the European Parliament will begin examining a draft proposal drawn up by the European Commission to reform the so-called Dublin Regulation.
The new rules will determine which State is responsible for considering an application for international protection that has been submitted anywhere in the EU.

The debate comes amid a refugee and migration crisis that has overwhelmed Europe’s existing asylum process, and left in the balance the fate of more than 400,000 children who applied for asylum in Europe between January and November 2015.
«These discussions are an opportunity to strengthen vital safeguards to which children seeking asylum in Europe are entitled under international law» said Noala Skinner, Director of the UNICEF Brussels Office. «For Europe’s common asylum system to be humane, fair and efficient, the protection of children must be a central priority.»

Among the steps UNICEF is calling for: