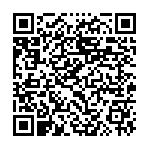 The World Health Organisation has released its annual “World Health Statistics”, the definitive source of information on the health of the world’s people. Dramatic gains in life expectancy have been made globally since 2000, but major inequalities persist within and among countries, according to this year’s “World Health Statistics: Monitoring Health for the SDGs", the Sustainable Development Goals adopted by the United Nations General Assembly in September 2015.

Dramatic gains in life expectancy have been made globally since 2000, but major inequalities persist within and among countries, according to this year’s “World Health Statistics: Monitoring Health for the SDGs”.
Published every year since 2005, WHO’s “World Health Statistics” is the definitive source of information on the health of the world’s people. It contains data from 194 countries on a range of mortality, disease and health system indicators, including life expectancy, illness and death from key diseases, health services and treatments, financial investment in health, and risk factors and behaviours that affect health. WHO’s Global Health Observatory updates health statistics year round of more than 1000 health indicators.

Life expectancy increased by 5 years between 2000 and 2015, the fastest increase since the 1960s. Those gains reverse declines during the 1990s, when life expectancy fell in Africa because of the AIDS epidemic and in Eastern Europe following the collapse of the Soviet Union. The increase was greatest in the African Region of WHO where life expectancy increased by 9.4 years to 60 years, driven mainly by improvements in child survival, progress in malaria control and expanded access to antiretrovirals for treatment of HIV.

The world has made great strides in reducing the needless suffering and premature deaths that arise from preventable and treatable diseases,” said Dr Margaret Chan, Director-General of WHO. “But the gains have been uneven. Supporting countries to move towards universal health coverage based on strong primary care is the best thing we can do to make sure no-one is left behind.”

With an average lifespan of 86.8 years, women in Japan can expect to live the longest. Switzerland enjoys the longest average survival for men, at 81.3 years. People in Sierra Leone have the world’s lowest life-expectancy for both sexes: 50.8 years for women and 49.3 years for men.

Healthy life expectancy, a measure of the number of years of good health that a newborn in 2015 can expect, stands at 63.1 years globally (64.6 years for females and 61.5 years for males).

This year’s “World Health Statistics” brings together the most recent data on the health-related targets within the Sustainable Development Goals (SDGs) adopted by the United Nations General Assembly in September 2015. The report highlights significant data gaps that will need to be filled in order to reliably track progress towards the health-related SDGs. For example, an estimated 53% of deaths globally aren’t registered, although several countries – including Brazil, China, the Islamic Republic of Iran, South Africa and Turkey – have made considerable progress in that area.

While the Millennium Development Goals focused on a narrow set of disease-specific health targets for 2015, the SDGs look to 2030 and are far broader in scope. For example, the SDGs include a broad health goal, “Ensure healthy lives and promote well-being for all at all ages”, and call for achieving universal health coverage. This year’s “World Health Statistics” shows that many countries are still far from universal health coverage as measured by an index of access to 16 essential services, especially in the African and eastern Mediterranean regions. Furthermore, a significant number of people who use services face catastrophic health expenses, defined as out-of-pocket health costs that exceed 25% of total household spending.

The report includes data that illustrate inequalities in access to health services within countries –between a given country’s poorest residents and the national average for a set of reproductive, maternal and child health services. Among a limited number of countries with recent data, Swaziland, Costa Rica, Maldives, Thailand, Uzbekistan, Jordan and Mongolia lead their respective regions in having the most equal access to services for reproductive, maternal, newborn and child health.

The “World Health Statistics 2016” provides a comprehensive overview of the latest annual data in relation to the health-related targets in the SDGs, illustrating the scale of the challenge. Every year:

Addressing those challenges will not be achieved without tackling the risk factors that contribute to disease. Around the world today: