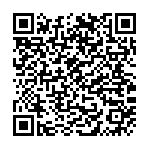 3.7 million children in Syria under 5 have known nothing but a lifetime shaped by the conflict. The UNICEF report No Place for Children shows the unimaginable price paid by children after a five - year civil war.

An estimated 3.7 million Syrian children – 1 in 3 of all Syrian children - have been born since the conflict began five years ago, their lives shaped by violence, fear and displacement, according to a UNICEF report No Place for Children. This figure includes 306,000 children born as refugees since 2011.
In total, UNICEF estimates that some 8.4 million children - more than 80 per cent of Syria’s child population - are now affected by the conflict, either inside the country or as refugees in neighbouring countries.

In Syria, violence has become commonplace, reaching homes, schools, hospitals, clinics, parks, playgrounds and places of worship.Nearly 7 million children live in poverty, making their childhood one of loss and deprivation.

According to “No Place for Children”, UNICEF verified nearly 1,500 grave violations against children in 2015. More than 60 per cent of these violations were instances of killing and maiming as a result of explosive weapons used in populated areas. More than one-third of these children were killed while in school or on their way to or from school.
In Syria’s neighbouring countries, the number of refugees is nearly 10 times higher today than in 2012. Half of all refugees are children. More than 15,000 unaccompanied and separated children have crossed Syria’s borders.

Five years into the war, millions of children have grown up too fast and way ahead of their time. As the war continues, children are fighting an adult war, they are continuing to drop out of school, and many are forced into labour, while girls are marrying early.

In the earlier years of the conflict, most of the children recruited by armed forces and groups were boys between 15 and 17 years old, and they were used primarily in support roles away from the front lines. However, since 2014, all parties to the conflict have recruited children at much younger ages – as young as seven – and often without parental consent. More than half of the UNICEF-verified cases of children recruited in 2015 were under 15 years old, compared with less than 20 per cent in 2014. These children are receiving military training and participating in combat, or taking up life-threatening roles at the battle-front, including carrying and maintaining weapons, manning checkpoints, and treating and evacuating the war wounded. Parties to the conflict are using children to kill, including as executioners or snipers.

One of the most significant challenges to the conflict has been providing children with learning. School attendance rates inside Syria have hit rock bottom. UNICEF estimates that more than 2.1 million children inside Syria, and 700,000 in neighbouring countries, are out-of-school. In response, UNICEF and partners launched the “No Lost Generation Initiative”, which is committed to restoring learning and providing opportunities to young people.

It’s not too late for Syria’s children. They continue to have hope for a life of dignity and possibility. They still cherish dreams of peace and have the chance to fulfill them.

The report calls on the global community to undertake five critical steps to protect a vital generation of children.

UNICEF’s response to the Syria crisis
In 2015 alone, UNICEF and a large network of local and international partners were able to deliver assistance to millions of children in need inside Syria and in neighbouring countries.

In the neighbouring countries, UNICEF and partners: