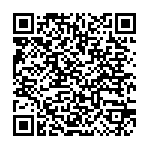 UNICEF have released new figures that show growing inequality among children in high income countries. Israel was the lowest ranking of the 41 countries, and Denmark the highest. “As our understanding of the long term impact of inequality grows, it becomes increasingly clear that governments must place priority on enhancing the well-being of all children today, and give them the opportunity to achieve their potential,” says Dr. Sarah Cook, Director of the UNICEF Office of Research - Innocenti.

There is growing inequality amongst children in high-income countries a report released by UNICEF shows.

UNICEF’s report, entitled ‘Innocenti Report Card 13, Fairness for Children: A league table of inequality in child well-being in rich countries’ ranks 41 EU and OECD countries according to how far children at the bottom of the distribution fall below their peers in the middle. The report looks at bottom end inequality of income, educational achievement, self-reported health and life satisfaction.

The results are telling. Denmark ranked the highest, with low rates of inequality among children. However, Israel ranked lowest across all domains. This being despite its being one of the top countries in the world for economic freedom, and its GDP ranking at a high $32,691 per capita.

In 19 out of 41 countries covered by the data, more than 10% of children live in households with less than half the median income. While inequality in children’s self-reported health symptoms increased in almost all countries between 2002 and 2014, inequality in physical activity and poor diet decreased in a majority of countries.

In every country, girls aged 13 and 15 report lower life satisfaction than boys.

Protecting the incomes of households with the poorest children was high on the list of UNICEF’s recommendations.

Other measures should include improving the educational achievements of disadvantaged learners, promoting and supporting healthy lifestyles for all children, taking subjective well-being seriously, and placing equity at the heart of child well-being agendas.

“The Report Card provides a clear reminder that the well-being of children in any country is not an inevitable outcome of individual circumstances or of the level of economic development but is shaped by policy choices,” said Dr. Sarah Cook, Director of the UNICEF Office of Research - Innocenti.

With global concern for rising inequalities across the board, it is important for leaders and policy makers to maintain focus on protecting the most vulnerable in our societies: namely children and the elderly.

To learn more about approaches towards inequality and equity, watch the video below: