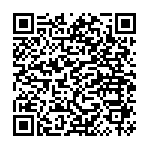 With millions of citizens looking for a better life, e.g. Syrians in Europe, unlock the value of waste will be the key to a truly sustainable society. The idea is to reject the linear model of “take, make and dispose” system, in which products are consumed and largely get turned into waste.

The World Economic Forum, WEF, recently hosted The Circulars 2016, the annual awards that recognise innovation and achievement in the circular economy. Why? According a 2014 McKinsey & Co. study cited in Nature, a circular-economy could not only benefit Europe environmentally and socially but could also generate a net economic benefit of €1.8 trillion by 2030.

Circular economy seems to be qualified as the next major European political-economy project. Last January the European Commission has just launched its Circular Economy Package with the aim to help European businesses and consumers adopt more sustainable practices. The Commission also projects that a circular economy will bring savings of €600 billion for EU businesses (equivalent to 8 percent of annual turnover), create 580 thousand jobs and reduce EU annual greenhouse gas emissions by 2-4 percent.
Indeed, The Netherlands has seemingly become the world's first circular economy hotspot. Last year, the Netherlands Circular Hotspot campaign (NLCH) began. One of the four organizations behind the NLCH campaign is Circle Economy, the non-profit cooperative that aims to accelerate the transition towards CE through concrete projects with companies and governments around the world. An example, Parc 2020, in Amsterdam, is the world's first business park designed with Cradle to Cradle philosophy.

The time is right for new ways of doing business. The Britain based Ellen MacArthur Foundation, a charity launched in 2010 to accelerate the transition to circular economy, demonstrates through detailed case studies how companies are shifting their business in this direction. One best practice comes from Levi Strauss & Co. The world's largest maker of pants has set up recycling bins in its stores, and consumers receive a voucher for 20 percent off when they bring back an old pair of jeans. Yet, an upstart firm called Rype Office is changing how entrepreneurs think about their office furnishings. It takes the long life components of used furniture, like steel frames which last for hundreds of years, and rebuilds the rest of the piece around them. Those long life components are the most expensive and environmentally harmful to make new, so the cost is reduced by half and the environmental footprint by more than two thirds.

There is also a growing momentum within the finance market for the transition to circular business models. For the Rabobank Circular Economy Challenge, if, for example a manufacturer stops selling products to ‘buyers’, and leases those products to its customers instead, because that reduces waste production and also means more is re-used, this will have a major impact on the company’s balance sheet.
But what are the most barriers towards a model aimed to aims to design out waste. For many , circular-economy knowledge is still concentrated in big industries and dispersed across small–medium enterprises (SMEs) where the cost of 'green' innovation and business models is considered as one of the major barriers to the adoption of more sustainable practices. At the same time, the lack of a strict legislative framework often influences SMEs’ consideration of the necessity to integrate green solutions into their operations.

However, many researchers, policy makers and entrepreneurs think that changing consumer mind-sets is one of the most important challenge to overcome when understanding the circular economy. Consumers need to become used to not throwing away products, instead keeping them in the loop; and move towards using products rather than owning products.