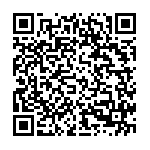 Young investors are substantially more focused on sustainability than other generations. Millennials, for instance, are nearly three times more likely to seek employment with a company because of its stance on social and/or environmental issues.

It is no secret that consumers are demanding more from the brands they buy, and are increasingly rewarding companies whose services and products are both good for them and good for society. In the United States, at least $7 trillion is invested in strategies focused on environmental, social and corporate governance causes, so-called ESG strategies, according to The Forum for Sustainable and Responsible Investment. Studies also show that companies with solid ESG practices achieve better operational performance and lower their cost of capital.

The Millennials, young adults born between 1981 and 1997, who are less burdened by debt, are predicted to be the next big spenders. According to a Time Magazine cover story in May 2013, they have other names as well: Echo Boomers, Generation Y, and Generation 9/11

Today, their spending is at US$2.45 trillion, and by 2018, it is projected to reach US$3.39 trillion, surpassing the ‘Baby Boomers’. As a result of the demands of this new and increasingly influential consumer generation, more companies are investing in causes that matter if they want not only attract better talent, but also show their stakeholders, and the general public, that they set aside a portion of their profits for sustainability initiatives. Based on Pwc’s survey millennials are very discriminating about the jobs they choose. They are nearly three times more likely to seek employment with a company because of its stance on social and/or environmental issues.

In 2013, the Boston Consulting Group surveyed 2,500 American consumers and found that authenticity was one of the main qualities that would attract them to a brand. New Cone Communications research found Millennials say they are prepared to make personal sacrifices to make an impact on issues they care about, whether that’s paying more for a product, sharing products rather than buying, or taking a pay cut to work for a responsible company.

High paying salaries, health benefits and company perks, while important, are no longer enough, even if they are willing to work for less pay with an organization who better matches their ethical and social beliefs. And, unlike previous generations, the Millennials are ‘digital natives’. They are referred to as the “sharing generation” and their beliefs, consumer habits, likes, and dislikes find their way across all social media platforms. The research shows that two-thirds of millennials use social media platforms to share and engage with and about an organization’s CSR. Internet has changed the groundrules, meaning that if a company pollutes, harms workers, or rips off consumers, they find it much harder to hide their activities nowadays than before.

So, Millennials will be one of the biggest challenges for Big Brands. It remains to be see if they will do a good job in meeting the expectations of the young generation.