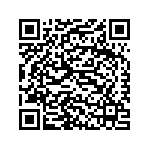 Numerous studies tell us that the largest numbers of gamblers come from the poorest segments of the population, who see it as a way of getting out of poverty. This fact contributes to increasing inequalities.

There’s been lots of discussion about inequality in recent years, but the explanations for the growth in income disparities have focused on two primary factors: structural economic changes, and public policy changes. Recent work raises the issue of the broader relationship between gambling and income inequality.

Gambling is pervasive in the United States. A study conducted from the University at Buffalo and SUNY Buffalo State, published in the Journal of Behavioral Addictions in June 2014, found that casino gambling, slots and lotteries had by far the most harmful effects on people at the lower end of the income ladder. The poorer the neighbourhood, the higher the risk for problem gambling.

In particular, slot machines nowadays are sophisticated computerized devices that dominate the casino scene to such an extent that two -thirds of the profit from the typical American casino now comes from slot machines. Anthropologist Natasha Dow Schüll shows how the mechanical rhythm of electronic gambling pulls players into a trancelike state they call the "machine zone," in which daily worries, social demands, and even bodily awareness fade away.

One thing is for sure: Gambling is a form of economic predation. Today, amid massive budget shortfalls, politicians are scrambling to find new sources of revenue in the hope to solve their economic issues. But while the reality of doing so is far from beneficial, the effects of the expansion of gambling on low-income and disadvantaged individuals have failed to receive adequate consideration.

“Italy is now Europe's biggest gambling market and one of the biggest in the world, undermining consumer spending and destroying lives.”, says Luigi Guiso, Professor of Economics. Household Finance, Culture and Economics at the Einaudi Institute for Economics and Finance.

The statistics are shocking. Italians spend around 80 billion euro on gambling. This is due to an extremely high density of slot machines especially when compared to the whole Italian population. They are everywhere, in adverts, in films, in games rooms, in bars, on social networks, says Guiso. In his new book "Attenti ai qui soldi", the Italian economist dedicates an entire chapter to Gambling. “While the GDP value of Italy represents 3 percent of the world economy, the country counts for 22% of total expenditure gambling”, Guiso writes.

Gambling pulls players into a trancelike state they call the "machine zone," in which daily worries, social demands, and even bodily awareness fade away.

In particular, the target market is the poor that can view on gambling as one of the few opportunities for financial advancement. The government is well aware that poor people itch to be rich.

Is it the fact that gambling tends to increase income inequalities? Gambling is sometimes called the poor man’s stock exchange. “There is no doubt that this is so. When poor people gamble, a larger proportion have serious problems related to their gambling than wealthier people. Also, winnings are distributed more evenly, pushing a great number of gambling addicts onto the streets”, says Guiso.

Do states really want to be a party to that? Another interesting consideration for government revenues from legal gambling is that they represent voluntary taxes. Raising more revenues using voluntary taxes is politically easier than cutting spending, (benefits), or raising income taxes, property taxes, general sales taxes, or other unpopular taxes. “A regressive tax on poor people, in that a ticket costs relatively more for a low income person than a rich person”, Guiso added.

However, many studies have demonstrated even if the state did recognize economic gains, gambling revenue is unlikely to be a sustainable solution to budget shortfall. “And because almost all gamblers lose more than they win, and because today’s slot machines are designed to keep people playing, public gambling has contributed to economic and social inequality”. It has also been found that gambling produces no new wealth, only redistribution of currency on an inequitable basis.

Because almost all gamblers lose more than they win, and because today’s slot machines are designed to keep people playing, public gambling has contributed to economic and social inequality”.

“This also means that it is very difficult to avoid the tendency”, Guiso explained. However, if governments are not interested in introducing effective measures to solve the gambling problem, financial innovation may be the only way to make instruments accessible to the poor enabling them to invest in start-ups. For example, by creating a fund that invests in start-ups through small contributions from a large number of people.

Would it be more effective to stop gambling, or to reduce the harm caused by gambling? Everything depends on how many savers / players see this tool as a substitute for betting.