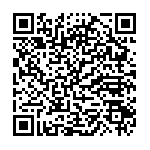 The stories and aspirations of a group of Iranian refugees hoping to reach England. In the meantime, they are stuck in the town of Zeebrugge: a place that risks becoming the new migrant crisis in Europe.

In a small Belgian coast village called Zeebrugge, refugees are gathering to try and reach the UK.

With France deliberating over the dismantlement of the Calais camp, Belgium has introduced border security, over fears that another Calais crisis could spring up in Zeebrugge - just 100km away from the EU capital, Brussels. Belgium, unlike France, does not have a formalised agreement with Britain which obliges it to carry out UK border checks on the Belgian side of the North Sea.

For the time being, refugees in Calais are ignoring an official order to evacuate part of their camp, waiting for the decision of whether the court hearing on Tuesday will halt its demolition due on the 24th of February. However, Belgian Interior Minister Jan Jambon has stated that the refugees are "already on their way here."

In January, Belgian police counted 947 arrests of refugees in Zeebrugge. So far in February there have been 318.

On arrival, I was told that the refugees could be found in the local church, called Stella Maris. In the square outside, there was a group sitting and smoking. As I approached, the alert was raised that the police were arriving. All the refugees hurried back inside the church, as the elderly Zeebrugge residents continued unconcernedly to play bowls on the square.

Another group of four approached the church. They were clearly refugees: worn clothing, bandages, and one was limping heavily. Then the police arrived, with 4 cars, 1 van, and 12 police officers. They stopped the group, asked for their papers, and body searched them. The language barrier was clear even from a distance. They were all arrested and driven away in the van.

Inside the church, the living situation was miserable. Freezing cold and entirely unheated, the church offers a roof and little else. The toilet is outdoors. There are no mats on the floor, and just a handful of sleeping bags. Loïc Fraiture, head of Brussels-based charity Amitié Sans Frontières stated that many of the refugees have had their “sleeping bags confiscated by the police.”

Some of the refugees were asleep on the cold tile floor. Others were talking in the pews. There were 20 overall: all young men from Iran.

I ask a small group the story of how they got there. Communication was difficult, because they only speak Farsi, but in a curious mixture of English and mime, information was exchanged.

Where are you from?
We are from Tabriz. We are converted Christians. They kill us in Iran. (He mimes being hung) We are trying to reach the UK.

How did you arrive in Zeebrugge?
Through Turkey. (He mimes driving a car).

Why do you want to get to the UK?
The police is better there. My brother has been in the UK for 10 years. Belgium is no good. France is no good. The police beats you there, says one of the migrants.
The others echo the same sentiments: that in the UK the police and the system are better than in France or Belgium.

When I ask how they are planning on reaching the UK, predictably, no one gives me an answer.

What will happen to your friends that were arrested?
They will come back here. We have all been arrested. We get taken to Bruges, given papers, and are released. Then we come back here, to the church.

I ask to see the papers they were showing to the police earlier. One pulls his out, and I see that it is written entirely in Dutch. It states that the person in question needs to leave Belgium. When I ask if they can understand what is written on their papers, they shake their heads saying “no”.

Are people here helping you?
Only two people. They bring tea and coffee, maybe some food. The church is very good though.

I asked the boy who was limping what happened to his leg. He explains that a police car drove into him. He also showed me a wound on his head and arm, which he said was also from the police.

There are solidarity groups, such as Brussels-based Amitié Sans Frontières and Ciré, that are offering support in the form of clothing, and food. Locals have had mixed reactions, with some saying they “do not mind” the refugees, and offering help. Resident Ronny Blomme said: “If we don’t help them, we are pushing them even further into illegality and the hands of smugglers.”

However, not all are so supportive. Zeebrugge is also set to host an anti-refugee rally by far-right group PEGIDA on March 8th. Carl Decaluwé, the governor of West Flanders, told Belgians: “Don’t feed refugees, otherwise more will come.”

The Belgian interior ministry has banned the setting up of tents in the seaside town, in a bid to prevent a shanty town like the camps in Calais from forming.

Caroline Intrand, co-director of Ciré explained that the problem that is being seen in Calais, Dunkirk, and now increasingly in Zeebrugge is that “England is not doing enough to help. The UK government has to take some responsibility for what is happening in France and Belgium. Britain can’t assume distancing itself from the Europe Union (EU) and its impending referendum will relieve it from responsibility. This is a European crisis - that means every country pulling its weight.”

With the root causes of migration yet to be solved, and the price for being smuggled being at an all time low, it is likely that Zeebrugge will continue to see an influx of refugees trying to reach the UK. With the European institutions just 100km away, the migration crisis is well and truly on the EU’s doorstep. It is clear that lasting solutions need to be found, and fast.