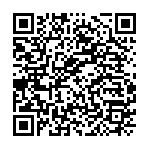 World technology and the globalised economy mean that we are no longer directly reliant on our local environment for survival. However, for millions of people across the developing world, their surroundings are the foundation of their livelihoods. This makes them the most vulnerable to environmental change. The Ecosystem Services for Poverty Alleviation (ESPA) runs projects that tackles two problems of global importance at once.

Here in Europe we have had an unseasonably warm winter. In Argentina they are facing the largest locust swarm in 60 years. South Africa, Zambia and Zimbabwe faced terrible drought in 2015 with 50% crop failure. The air pollution crisis known as the Southeast Asian haze was caused by forest fires resulting from illegal slash-and-burn practices. Our planet’s natural balance is changing, and we are the ones causing it.

At COP 21, climate justice reached the agenda of world leaders. The links between global warming, ethics and politics were made clear. Ecosystem services are a necessary component of this, as they analyse the conditions and processes that underpin human life, and the integrity of the ecosystems that we rely on.

What is an ecosystem?

Ecosystems are complex systems made up of the interactions between all the living (humans, plant, animals, and microorganisms) and non-living (air, water and soil) parts.

The past 50 years humans have seen ecosystems changing at a far more rapid pace than at any other time in history. Between 2030 and 2050, climate change is expected to cause approximately 250 000 additional deaths per year, from malnutrition, malaria, diarrhoea and heat stress.

With population growth come increasing demands on ecosystems and their services, which is altering their natural balance, both regionally and internationally.

“Ecosystem services reduce poverty, but it doesn’t go over the edge.”

In a recent talk at the London School of Economics, ESPA director (Ecosystems Services for Poverty Alleviation) Paul van Gardingen highlighted the need for understanding the links between our environment and making the lives of people better. “It’s something that is important for all of us. We have no choice anymore.”

“Ecosystem services reduce poverty, but it doesn’t go over the edge.” Instead, they look at the bigger picture. “We can’t just look at one part of a system, but ignore the rest. The interactions are really important.”

A good example of analysing the bigger picture is ESPA’s Swahili Seas project in East Africa.

People living on the coast of East Africa are amongst the world's poorest, and they rely heavily on local ecosystems for their livelihoods. Mangrove forests provide them with firewood, fish, medicines and protection from floods and coastal erosion. Mangroves are also highly efficient at capturing carbon.

One solution to two problems

Swahili Seas helped 3,500 people around Gazi Bay restore their local mangroves, assisted them with forest tenure, and the creation of a community PES scheme that brings in community income by selling carbon credits internationally. By doing so, the ESPA was able to tackle an environmental issue and poverty in one go.

The ESPA runs hundreds of projects worldwide. By working to ensure that in developing countries ecosystems are being sustainably managed in a way that contributes to poverty alleviation as well as to inclusive and sustainable growth, we might have a shot at achieving some of the 2015 Sustainable Development Goals.