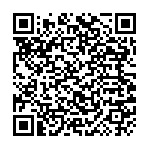 Organised by Friends of the Earth France, in partnership with the CRID and Peuples Solidaires-Action Aid France, the Pinocchio Awards want to highlight and denounce the negative impacts of multinational companies through online voting

Environmental organization Friends of the Earth France, in partnership with the CRID and Peuples Solidaires-Action Aid France, has launched the Pinocchio Awards, in order to expose multinational companies accused of making untruthful statements on their environmental standards. Campaigners have selected a number of companies, ranging from BNP Paribas to Shell, to be awarded in categories such as "lobbyng", "greenwashing" and "local impact", and expect citizens to cast their vote.

As explained on the website of the awards "the concepts of Corporate Social Responsibility and environmental accountability may be familiar to many corporations, but many pay little more than lip service to the terms."

According to the organizations promoting the Awards, "Voluntary standards, like those from the UN Global Compact, the OECD, are by their very nature legally non-binding. Companies benefit from the positive image projected to their shareholders, clients and citizens, while they pick and choose what they implement from these policies, take advantage of legal loopholes, and continue to undermine human rights."

Although supported by some governments, voluntary-based approaches to corporate responsibility and accountability have largely proved ineffective

Through this campaign, the organizers are calling for binding regulation for corporations, as well as highlighting the need for an Energy Revolution, bringing justice for people affected by climate change, an putting an end to fossil fuels, as well as support for community-owned renewable energy.

Online vote will be open until December 2nd 2015 on the following webpage.

The awards will be presented at a public awards ceremony on Thursday, December 3rd 2015 at La Flèche d’Or 75020 Paris

Photo Credit: Friends of the Earth