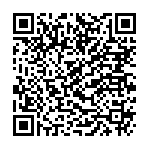 Climate change is one of the greatest challenges that the world faces, and affects us all.Women are half of the world’s population: it is obvious that the planet won’t be saved without women’s leadership and full participation. The European Women’s Lobby takes a stand.

Ahead of the 21st Session of the Conference of the Parties to the United Nations Framework Convention on Climate Change (COP 21, 30 Nov.-11 Dec. 2015, Paris), the European Women’s Lobby calls for women’s human rights and gender equality to be fully integrated into the final COP21 agreement, not only in the general principles, but in provisions concerning the implementation of policies and financial and technological mechanisms. More than two third of the 154 countries who made their contribution to COP21 did not include a women’s rights perspective.

Despite the European Union’s (EU) leading role in advancing international negotiations on climate change, the gender dimension has been largely absent from policy initiatives and debates at all levels. The EWL calls on the EU and its member states to work towards the realisation of the strategic objectives of the Beijing Platform for Action on Women and the Environment, as well as their own recent commitments on Gender Equality, Women’s Empowerment and Climate Change (Council Conclusions 2012 and 2015) and the concrete implementation of all the Sustainable Development Goals.