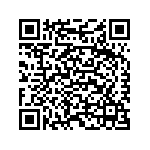 In the aftermath of Storm Desmond, which battered the Cambria region in the UK, Green Alliance's researcher Rebecca Willis speaks out from Cambria to Paris, as climate negotiations continue.

I write this in the aftermath of Storm Desmond, which battered my home town of Kendal this weekend. I am lucky to live up a hill, and over the weekend, our house filled with flood refugees. We hunkered down to watch films as the wind howled outside. Today, a sizeable portion of my town is still under water. Schools are closed, which my kids obviously think is brilliant. But across the county of Cumbria, the devastation is truly terrible. It is only this morning, as the waters subside, that the extent of the damage to homes, livelihoods, transport and infrastructure is becoming clear.

When you’re in the middle of something like this, you focus on the practicalities – like, who needs my help? And even, where can I buy mops and wellies? It seems far too early, insensitive even, to think about the causes of the floods, when people don’t know where they’ll be sleeping tonight.

As any climate scientist will tell you, any one extreme weather event cannot be directly attributed to climate change. There have always been floods. But the links can be drawn (see this article for more on the science). What’s happening in Cumbria is squarely in line with climate models, which predict more frequent, higher-intensity storms. As an Environment Agency spokesperson said, these floods are an “unprecedented event”. They are worse than the last time our county was badly hit, just six years ago in 2009 – an event with a supposed likelihood of one in a thousand years. Cumbria has now had three major floods in a decade (2005, 2009 and 2015). In Keswick, the River Greta overran the impressive defences built after the last floods.

So today, I feel sad about the effects of the floods on friends, family and fellow Cumbrians. I feel relief that I live in a country with strong infrastructure and emergency services. I feel deep sympathy for flood victims in Chennai who don’t, and where the cost is counted in lives lost, not pounds and pence.

But with this sadness and anger comes hope – that Paris proves to be the turning point that we so desperately need. So, to all my friends and family at home: keep smiling and keep on mopping. To all my friends and colleagues in Paris: think of us, and fight hard.

Rebecca Willis is an independent researcher based in the UK. Her work focuses on environmental politics and policymaking at both a national and local level.