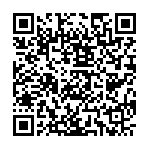 At the end of week one, negotiators representing nearly 200 nations at the UN Climate Change Talks have turned over a draft text for ministers to clean up for an expected deal to be signed by governments. But groups representing the African interest at COP21 in Paris are not enthused with the pace of negotiations. They have expressed pessimistic hope in the outcomes of the expected agreement. Report from our correspondent in Paris, Kofi Adu Domfeh.

Mithika particularly wants the issue of loss and damage addressed in the agreement as “the cry from the climate impacted people of Africa, especially women, children and smallholder farmers, is on the rise. The cries also indicate that they are losing their farmlands and animals to floods and drought which most of the time is all their live savings”.

We hope for the best, but we’re very pessimistic

Inspite of the obstacles and the challenges, Seth Osafo, a leading member of the African Group of Negotiators (AGN), thinks there will be an outcome, but one that will not be strong.

“It will be weak, it will be the lowest common denominator; it will not solve the problem that the world is facing”, he observed. “Knowing the vulnerability of Africa; the continent that is most affected by the adverse impacts of climate change, definitely some of our concerns will be addressed but I don’t think we’ll get everything.”

Among the many loopholes in the 21page blueprint for the global climate deal is how much money developed countries will provide to developing countries in climate adaptation programmes, whilst cutting their greenhouse gas emissions.

The 2009 Copenhagen Accord was to provide short- and long-term ‘climate finance’ to help developing countries adapt to climate impacts. Developing nations pledged $10 billion a year from 2010-2012, ramping up to US$100 billion a year starting in 2020.

This was touted as a way to help developing countries avoid high-carbon pathways of development by adopting lower-emitting power sources such as solar or natural gas.

Continue reading on Afronline.org (media owned by VITA and focused on African issues).