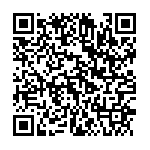 According to the findings of ONE’s Making the Connection Report, digital chasm is starkest for women who are denied online access because of their gender – yet when connected they propel development for everyone

A generation of women and girls will remain isolated from the global digital economy and miss an opportunity to escape poverty unless they are connected to the internet by 2020, the ONE Campaign warns today in its new report, Making the Connection.
More than half of the world (53% or 3.5 billion people) is still unconnected to the internet – a digital divide starkly illustrated by fact that the content streaming website Netflix uses as much data in a single day as the entire continent of Africa does in almost a week.
Strong digital infrastructures enable the internet to play a major role in our day-to-day lives, but in countries without easy access people are denied even the most basic benefits that the internet brings, such as education, health information and employment.

This problem is significantly worse for girls and women in the world’s poorest countries who are almost one third less likely to have access to the internet than men due to cultural, social and economic barriers. Analysis by ONE suggests that without immediate action over 71 percent of Africa’s girls and women will still not be online by 2020.
Universal internet access is an ambitious objective, but as Making the Connection concludes, it could be achieved with a plan and a concerted effort by those overseeing the digital revolution: governments, telecom firms and banks.

Making the Connection is being published during the Web Summit in Lisbon, Portugal (November 7-9th), where more than 40,000 tech CEOs, founders, start-ups, investors and political leaders ‘will gather to look for answers to the questions posed by the tech revolution we’re living through’.

ONE is calling on them and others in the development community to immediately implement an action plan to connect 350 million women and girls to the internet in the least developed countries by 2020, focussing on four key areas:

1. Invest in a digital skills revolution to ensure that women and girls have the skills to use th internet effectively.

3. Invest in open data on connectivity to highlight those who are unconnected and help bring accountability for commitments to connect them.

4. Build infrastructure for the digital future to ensure the most marginalised have access.

Those that already have access to networks communicate ideas and information. They set up businesses and use financial and government services that help them and their families, lead healthier, safer and more prosperous lives. That benefits everyone. Poverty is isolation – from communities, from knowledge, from economic opportunities. The internet is an opportunity to change that and help women and girls claim their right to education, employment and dignity. World leaders and donor governments plus telecoms and banks, need to partner up and invest in the nuts and bolts of connectivity, such as the ‘Dig Once’ policy where no new road in a developing country should be built without laying broadband cables with it.

It is proven that when women and girls thrive, the benefits can underpin development for everyone in society.Today’s report follows on from the 2015 Connectivity Declaration signed by Facebook CEO Mark Zuckerberg, Bill and Melinda Gates, Bono, Juliana Rotich, Jimmy Wales and many others in the tech and development sectors calling on the public and private sectors to work together to deliver universal internet access by 2020, as agreed in the Global Goals.