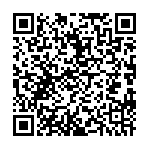 The advent of digital currencies, such as Bitcoin, marks the beginning of a new era. However, its potential for building truly empowering social and solidarity-based finance has yet to be tested. A UN study provides a primer on the basics of Bitcoin and the technology’s potential to facilitate financial inclusion, cooperative structures and even micro-insurance systems.

“I think Bitcoin, or really the blockchain encryption that’s behind it, has a greater ability to bring more of the world’s population out of poverty than anything we’ve eveer seen”, said Brian Singer in an extraordinary interview for Forbes called “How Bitcoin will end world poverty” (Forbes 2015). He suggests that property title can be used as collateral, enabling cheaper bank lending to informal entrepreneurs. It facilitates property ownership by means of a decentralized public.

But how Bitcoin can be harnessed to empower marginalized communities and build new means of solidarity-based finance remains difficult to show. Brett Scott, an independent researcher and consultant on alternative finance and financial reform, in his paper, “How Can Cryptocurrency and Blockchain Technology Play a Role in Building Social and Solidarity Finance?”, tries to sketch out the contours of some key issues that social and solidarity finance practitioners should consider when thinking about cryptocurrency technology.

Over 13.4 million Bitcoins are in circulation and have a total market value of $4.6 billion The cryptocurrency, a completely decentralized peer-to-peer network, suggests a commitment to social solidarity and mutual aid, says Scott. It is a technology, written in code, which allows participants to store and transmit value anywhere in the world with the click of a button. All of the bitcoin in the world is held by users of the network in their own individual Bitcoin wallets.

The original paper published by Satoshi Nakamoto, the creator of Bitcoin, introduced the digital currency as a mechanism to get around the inefficiencies of the current banking. More importantly, Bitcoin can be used as a tool for financial inclusion for the unbanked, in developing countries where extractive political and economic institutions have been exploiting their citizens for centuries.

Approximately 2.5 billion adults in the world are unbanked and completely cut off from the benefits that financial services offer. That’s a big problem. When you’re not connected to the formal economy, you don’t have a good way to save and protect your assets, make payments and most importantly, plan and build toward a better future for you and your family. In the context of a country with poor banking infrastructure and reliance on cash, Blockchain technology could—hypothetically—be a safer way to hold money, and a convenient way to transfer money in everyday transactions. Having access to finance, is critical to empowering poor households to take advantage of opportunities that could lift them out of poverty

Yet, as Makari Krause stated in his “Bitcoin: Implications for the Developing World”, bureaucratic hurdles, opportunistic thieves, and a desire to provide immediate relief are all problems when humanitarian aid is provided. The underlying technology behind Bitcoin can help transfer funds directly, securely, and at a significantly lower cost. It also shows each and every transaction, and where the funds go, which everyone can see. In addition to simple aid, Bitcoin could facilitate small-scale investment in projects from anywhere in the world.

This is why, there are still some major barriers to Bitcoin becoming widely adopted. First, Internet penetration, which had a highly significant impact on Bitcoin adoption, is severely lacking in many poor countries that could benefit most from Bitcoin. Another common criticism that is levelled against Bitcoin is that it would undermine a government’s ability to provide critical services. While developed countries will likely be able to raise funds via direct taxation, developing countries may have a harder time. Lastly, volatility and security are still among of the main problems with Bitcoin.

Given the current scenario, how could Bitcoin be empowering for people in less developed countries? According to research, even if the above mentioned hurdles were to be overcome, we need to recognize that merely providing the potential for a Bitcoin account and payments service does not deeply address the problem of financial exclusion. “It is true that an element of financial exclusion is the situation of people not having access to bank accounts to save money or participate in payments services. But, more crucially, exclusion generally means not having access to credit, which may be related to not having stable income streams, or access to formal property titles to act as collateral”, says Scott. “It is one thing to use Bitcoin to provide a counter-power to the powerful cartels of banks in nations like the United States, but in a country like Zimbabwe the real need may be to strengthen the integrity of the banking system, something that can only be achieved by hard, long-term political battles”.

This is why escaping weak local institutions might help individual people, but does little to empower the broader social majority who remain reliant on the existing systems. And those who are most likely to seek escape are social elites with high education, access to technology and capital to protect. The research concludes that while the community around this technology is enthusiastic and experimental, it is still prone towards the elite.