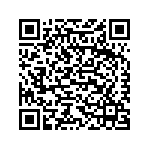 After a long period of campaigning, lobbying and negotiation the European Parliament yesterday adopted the ‘Directive on the Accessibility of Websites and Mobile Applications of Public Sector Bodies’ (Web Directive). This means that all public authority websites and mobile applications, including electronic and multimedia publications have to be accessible.

This is huge achievement for the European Blind Union (EBU), and blind and partially sighted people throughout Europe, but also for all the other organisations representing 80 million Europeans with disabilities. It is a crucial step towards an inclusive digital society in which people with disabilities and other users have access to online services and information on an equal basis; this is a right enshrined in the United Nations Convention on the Rights of Persons with Disabilities (UN CRPD) that the EU has ratified.

Regular monitoring and reporting by EU member states has been agreed, which is an indispensable step for the success of this legislation. The Directive does however still allow for certain exceptions such as public broadcasters’ websites and live audiovisual streaming which EBU sincerely hopes will be covered in the future by other EU legislation in progress, such as the European Accessibility Act or the Audiovisual Media Services Directive.

Under the new rules, the websites and mobile apps of public sector bodies - from administrations, courts and police departments to public hospitals, universities and libraries - will have to meet common accessibility standards. MEPs ensured that apps used on mobile devices, such as smartphones and tablets, must also comply with these rules.

Today, we have ensured that e-government is accessible to everyone. Just as physical government buildings should be accessible, so too should the digital gateways. We solved the public side of web accessibility, but the internet is far more than government websites and apps. We need reform also for the private world of services, from banks to television stations to private hospitals. I hope that we can soon adopt the European Accessibility Act, so that both public and private services are accessible to all our citizens.

For the time being, let us savour the moment which was the result of much hard work and vigilance, especially considering that the European Commission’s initial proposal for the Web Directive, in 2012, included only 12 categories of online services and soft enforcement measures. Thanks to insistent lobbying to the Parliament and the Council, an improved text of a genuinely future proof, meaningful Directive has now been adopted. For this EBU would particularly like to acknowledge the implication of all the MEPs and Commission members who worked with us tirelessly on this issue.

This is a link to the pdf file showing the full text of the Directive.