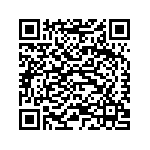 Launched in April, HistoryofGiving.org is the first one-source global narrative about the last 500 years in philanthropy. More than 200 moments in charitable giving history all available online with rare or never-before-seen historical images, documents, and audio and video files.

Did you know that the word philanthropy, from the Greek philanthropia translated as “love of mankind, entered the English language in the year 1600?

I guess at school nobody taught you that in 1526 the Influential Spanish scholar Juan Luis Vives (1492-1540) published his essay on poverty “De Subventione Pauperum” (“On the Subvention of Paupers”), in which he holds civil authorities responsible for poor relief to maintain societal order. And that long before private grant-making becomes a popular mode of philanthropy, wealthy British textile manufacturer Thomas Firmin (1632-1697) devotes his estate to philanthropy? Not a clue, right?

How many of us know that in 1863, after encountering a gruesome battlefield scene during the Second War of Italian Independence, Henry Dunant (1828-1910), a young Swiss man, established a voluntary relief society which later becomes the International Committee of the Red Cross?

By the way, when did the British Parliament passed the Poor Law ? Answer: in 1834.

I found and enjoyed interesting and fascinating historic info, facts, tends and practices on philanthropy on this great web site ( both in terms of content and graphics) HistoryofGiving.org.
Launched in April as a the most detailed digital resource about the past 500 years of global philanthropy, it highlights 200 moments in global philanthropy illustrated by almost 100 rare media assets.
The web site offers unique access to historical documents, video and audio files.
Eileen Heisman president of the National Philanthropic Trust, came up with the idea as she compiled materials for a course on philanthropy.

Today’s Philanthropy 3.0 is the result of centuries of societal benevolence. With the launch of this site and the unparalleled access it provides to historical documents and media, we hope to inspire thought, conversation, and action. The site is a digestible overview of the evolution of philanthropy—a $358 billion sector in the US—that touches everyone’s lives in one way or another.