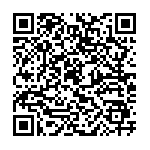 In developing countries, more families own a mobile phone than have access to electricity or clean water, but despite the unstoppable global spread of the internet, the digital divide between rich and poor remains a huge issue.

Digital technologies over the last two decades have spread rapidly in much of the world. Access to digital technologies, the internet, mobile phones, and all the other tools to collect, store, analyze, and share information digitally, provides opportunities that were previously out of reach to the poor and disadvantaged. In Kenya, for example, the cost of sending remittances dropped by up to 90 percent after the introduction of a digital payment system.

However, the origin of the term 'digital divide' remains uncertain and ambiguous. It is commonly defined as the gap separating those individuals who have access to new forms of information technology from those who do not. For some the digital divide is founded on a myth, that plugging poor countries into the internet will help them to become rich rapidly.

Anyway, the World Bank has no doubts: new technologies allow women to participate more easily in the labor market. They are also helping people with disabilities, over 80 percent of whom live in developing countries, to overcome some of the barriers they face to communicate, interact, access information, and participate in civic activities. Digital technologies have also provided opportunities that were previously out of reach to the poor. The World Bank said that “some 8 million entrepreneurs in China use e-commerce to sell goods, one-third of whom are women. Digital identification in India has reduced corruption and increased access to services. And simple SMS messages remind people living with HIV in Africa to take their medications”.

Although there are many individual success stories, the effect of technology on global productivity, that is, expansion of opportunity for the poor and the middle class and the spread of accountable governance, has so far been less than expected, claims the World Bank’s 2016 World Development Report on the internet: Digital Dividends.

Why? First, more than half of the world’s population is still offline and unable to fully participate in the digital economy. The report also indicated women are less likely than men to use or own digital technologies. Gaps are even larger between youth (20 percent) and those more than 45 years old (8 percent). Second, digital technologies are changing the world of work, but labor markets have become more polarized, and inequality is rising, particularly in the wealthier countries, but increasingly also in developing countries. This is in part because automation is responsible for displacement of routine tasks previously done by middle-skill workers. Yet, states and corporations could use digital technologies to control citizens, not to empower them.

In short, the World Bank is convinced that the technological gap between rich and poor can be offset by development opportunities that may result from the adoption and use of computing and communication technology. Especially the Internet. “This is why Internet is more evenly spread than income”, says the Bank. According to the Report, “the lives of the majority of the world’s people remain largely untouched by the digital revolution and unable to fully participate in the digital economy. Only around 15 percent of the world’s population currently has affordable high-speed access to the Internet. In developing countries more families own a mobile phone than have access to electricity or clean water. The world’s offline population is mainly in India and China, but more than 120 million people are still offline in North America, mainly in Mexico”.

But, as the English newspaper, The Economist, said not too long ago, the digital divide is not a problem in itself, but a symptom of deeper, more important divides: of income, development and literacy. So what needs to be done to connect the unconnected.

Get the basics right: education, business climate, and accountability in government. Most important ensuring the internet remains open and safe as users face cybercrime, privacy violations, and online censorship

But in a world where 62 richest billionaires own as much wealth as the poorer half of the world’s population, closing the digital divide would prove to be ineffective. According a new Oxfam report, the priority should be to end the era of tax havens, increasingly used by rich individuals and companies to escape their tax liabilities. This is why, according to the charity, tax avoidance is one of the main drivers of global income inequality, because it often deprives governments of the funds they need to provide basic services.