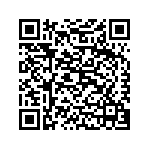 Many people frustrated about the current political climate, but have they been radical enough to change it ? Tracey and Olga, activists from The European Women's Lobby, kick-start the conversations...

It’s not every day in Brussels that you spend your Wednesday night ( October the 5th) having a vegan meal, talking about radicalism. ‘Does Brussels do Radical?’ that was the topic of the night at the BOOM café ( Le Café du Commerce Équitable). The event was hosted by the Brussels Systemic Change Group; an informal group interested in affecting the fundamental nature of change, coordinated by Laura Sullivan (ActionAid International), Joanna Maycock (European Women’s Lobby), Sergi Corbalán (Fair Trade Advocacy Office) and Tobias Troll (EDGE Funders Alliance).

With the city of Brussels under one roof and one network, the topic of radicalism was the best way to kick off the Brussels Systemic Change Group’s journey to further exploring issues which we do not necessarily get to talk about. Participants were invited to step out of their bubble and think about their past, present and future actions and experiences. A common emotion amongst the participants was anger. Indeed, we were frustrated about the current political climate, but have we been radical enough to change it? And if so, has this resulted in real systematic change?

Tracey and Olga, both young women who have recently arrived in Brussels to work at the European Women’s Lobby attended the event and here is a quick snippet of their experiences:

Tracey Agyeman, 23, came to Brussels from the UK where she graduated with a BA in European Studies.

This was the perfect opportunity where the young spoke with the more mature, where experiences were shared and sectors merged. In every group, you would hear different definitions of what it meant to be radical, and having only moved to Brussels a month ago, I was not too sure whether Brussels was the frontrunner in all things radical. So, I took this opportunity to reflect on my journey and listened to those who call Brussels their home. From rioting for social justice to signing petitions, I realised that everyone had a different take on the word ‘radicalism’. For many, culture played fundamental role when defining radicalism, whereas others believed that their education and professional life led them to shattering the social structures. I strongly agree that the stated components play a major role, however, I do not believe that we should limit our thinking at the individual level. Indeed, in order for Brussels to be truly radical, it has to practice what it preaches. So many times I hear, we must fight for ‘social justice’, ‘young people are the future’, or better yet, ‘diversity is the key to success’, however I fail to see the full commitment turn these slogans into a reality.

And this is particularly the case with feminism. Currently, a wave of organisations and institutions have publicly expressed their commitment to gender and race equality, yet many shy away from taking a conscious stance on feminism and actions to address discrimination as well as the lack of even within their own organisations. So my question to these bodies is, when will you truly start representing the people you seek to empower, encourage and support, and stop treating these issues as add-ons to social change?

I came to the realisation that Brussels is in fact radical. It pushes the boundaries in its language, acronyms and idioms, on the other hand, it falls short in implementing the change it wants to be, and see in the world.

If Brussels wanted my advice in being radical, then I would suggest that it listens. Listen before speaking. Listen before reacting. And listen before prejudging. Because for too long, Brussels has been speaking on behalf of, and not for the people.
This event was perfect for me because it kickstarted the conversations, it triggered new and forgotten thoughts as well as pushed me to think about myself within the civil society sector and what I want to change.

We were asked to speak to people they have never met before, to get out of our comfort zones and challenge our views. We were faced with three difficult questions. What does radical mean to you? We realised how subjective and contextual that term was. We understood that radical doesn’t have to mean illegal or even loud. Persistence of one strong person can just as radical as people rioting on the streets. What is the most radical thing you have ever done? To hear answers to that question was a truly eye-opening experience. I was able to see with my own eyes how much power and strength lies within people in Brussels. Can Brussels do radical? Is it already radical? That question sparked a lot of debate. For some people Brussels already “does” radical, for others – this city has lost its radical spirit. However, you could feel in the room that despite different perspectives, we all are ready to work together for a better future.

Brussels has so many faces. Every street seems to have its spirit. Such a variety of nationalities, languages and cultures are joined in this Capital of Europe. Brussels civil society, NGOs, academics, workers, students, diplomats, or people from the “EU bubble” all have different stories to tell. And there is a huge need to build upon that conversation. Especially now, when Europe is facing so many difficulties it seems to be high time that Brussels does radical.

I feel that this meeting was just a first spark to start a huge debate around the role that Brussels has to play in building the better future for Europe. I am glad that this is going to be a periodic event. The people I have met there, made rethink a lot of issues surrounding radicalism. They shared their stories with me and I shared mine. And I have a feeling that I left BOOM Café a little more radical than when I entered.
As newcomers, this was a great evening to get to know Brussels and the people in it.
The conversations were thought provoking, enlightening and at times hilarious! But it was great to be part of this space which provided bold subject matters and we look to the next meeting!

To join you can email Sergi Corbalan at corbalan@fairtrade-advocacy.org