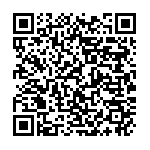 It is called WEstart, and it is a project of the European Women's Lobby that has mapped 1000 women's social enterprises in 10 countries of the EU, to better know the state of women's social entrepreneurship in Europe. The final goal? Extend the mapping to the remaining Member States and to candidate countries.

WEstart is the first research project on women social entrepreneurs in Europe. It has been set up by the European Women's Lobby (EWL): the largest umbrella organization of women's associations in the EU, promoting women's rights and gender equality in Europe.

It is a one-year pilot project «whose core aim is to gain a better understanding of the situation and state of play of women’s social entrepreneurship in Europe», and to increase their exposure at a national and community policy level.

«The huge potential of the social economy to contribute to growth is widely acknowledged by policy makers», says Emily Usher Shrair, Project Manager of the WEstart project and founder of two feminist social enterprises. «But prior to this study, data on Europe’s female social entrepreneurs was non-existent. We didn’t know who they were, what they were doing, or what kind of economic and social impact they were having. Now we do, and what we have found indicates that they are more impactful and more transformative than we could have imagined. Their potential is high, and this sector is ripe for investment, with the promise of both economic and social returns.»

Some key data that has emerged from the research:
Socio-Economic Findings indicate that women are leading sustainable enterprises and promoting job creation, with many having high revenue potential.
More than half of the women social entrepreneurs have said they have beeen quite successful, while 40% think they have been very successful.
«We have found out that women social entrepreneurs are more innovative than men», says Emily Usher Shrair.
With regards to reasons for motivation, «for the majority of women who decide to create a social enterprise it is their first experience in this realm, and they are motivated by a social need that they have observed in their community. And they are less motivated than men to make profit. The sectors in which they are more active are health, social services, education and communication».
The main obstacles that women social entrepreneurs have to face are connected to access to finance, bureaucracy, politics, and legislation at national and community level.
As for gender equality, almost 90% of women feel they are contributing to gender equality in their country, through their work as social entrepreneurs.
85% feel that they are empowering other women with their social enterprise activity.

The European Women's Lobby campaign for women social entrepreneurs
The European Commission has launched the first ever Horizon Prize for Social Innovation, with the prize money standing in at 2 million euros.
Five topics, one of which is women's social entrepreneurship, have been selected as social challenges that can compete for the prize.
The work done by the European Women's Lobby and also during the final WEstart conference that took place in Brussels on the 11th of September, has contributed to the inclusion of women's social entrepreneurship as one of the five topics.
Only one social challenge will win the prize and the vote depends on the public. By using the hashtag #IvoteWomen they can vote online for the issue of women's social entrepreneurship.
The generic hashtag of the competition is #Ivotehorizon.
The European Women's Lobby is launching a campaign to encourage the public to vote.
Voting closes on the 21st of October and the results will be announced on the 22nd of October 2015 on the web page of the Horizon Prize for Social Innovation.