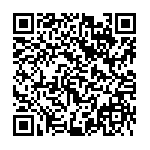 The Harmony call made by the Community of Sant’Egidio was answered by leaders and politicians searching for common ground on current challenges that are facing our societies: terrorism, arrival of migrants in Europe, coexistence and youth education.

Invitations were sent, the room was booked and the seats taken by more than 30 religious and political leaders who gathered on February the 1rst in the Hotel Le Plaza in Brussels for an Interfaith Harmony Breakfast. They discussed the current challenges that are facing our societies: terrorism, arrival of migrants in Europe, coexistence and youth education.

The invitation sent out by the Community of Sant’Egidio, was accepted by the Chief Rabbi Albert Guigui, the Archbishop of Mechelen-Brussels Jozef De Kesel, the Chairman of the Council of the Morrocan Ulemas, Tahar Toujgani, and the Metropolitan Athenagoras of the Ecumenical Patriarchate assembled in the presence of the First Vice-President of the European Commission, Frans Timmermans, and the Belgian Minister of Justice, Koen Geens.

In her opening speech Hilde Kieboom, the vice-president of Sant’Egidio, recalled the importance of dialogue and of showing the positive and constructive strength of religions to build a more humane world. In this sense, she pointed out three signs of our time: the upcoming pan-orthodox council that will take place in Creta next June, the Marrakesh Statement supported by 250 religious leaders which underlines the role of minorities in Muslim majority States and the obligation to protect them, as well as the attention given to interreligious dialogue by Pope Francis during this Jubilee of Mercy.

The Vice-President of the Commission, Frans Timmermans, emphasized how dialogue should not be limited to an exchange of politeness, but it must also give room to disagreement: from confrontation solutions are born.

The challenge of youth radicalisation and the responsibility of religions towards this were at the heart of the discussion. The Belgian Minister of Justice Koen Geens underlined the importance of religious and philosophical education to the construction of an identity where there is no fear of the other. He recalled that violent radicalism is not only an issue of religion or Islam.
Several speakers argued that radicalization is a complex phenomenon with many facets, such as the lack of religious education, the experience of discrimination and the thirst for ideals. Radicalisation must be addressed through school and through the Internet.

Concrete proposals were made by the participants, including the importance to defend religion classes in schools to overcome ignorance. Also suggested was the creation of a kind of "Internet police" that must prevent extremist propaganda from being spread on the Internet, like it is used to fight pedophilia on the Internet. In the battle for ’the hearts and minds’ of the youth, religious leaders are often too cautious. They should work towards a more open yet attractive identity. Together they can give shape to a more welcoming, open and pluralistic Europe. For true peace exists only in complementarity.

This interfaith breakfast took place within the framework of the “Interfaith Harmony Week”, an initiative that was launched by King Abdullah II of Jordan and that is endorsed by the United Nations. Worldwide and particularly in Brussels all sorts of initiatives are organised throughout the first week of February to promote the encounter between religions.