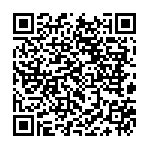 Europeans are opening their hearts and their wallets. The new survey by Eurobarometer shows the highest support for development aid among EU citizens in 6 years, and a willingness to pay more for products from developing countries to support those living there.

While we can debate, get frustrated and complain over development aid effectiveness and real impacts, the findings of the EU's International Cooperation and Development Eurobarometer survey give stakeholders, NGOs professionals, donors and philanthropists, reasons to cheer up and stay the course: nine out of ten EU citizens support development aid. Quite surprisingly, 16% deems aid should be increased beyond what is already promised. Quite interestingly, half all respondents would be prepared to pay more for groceries or other products from developing countries to support people living there. Encouraging figures, when you consider the dire economic situation and outlook Europeans are currently facing.

The results clearly show that EU citizens know about and value the importance of the EU's international cooperation and development. So at a time when Europe is challenged to make the case of its relevance to its citizens, we should seize this opportunity and make sure that we show the results of what we do, the impact it has on the ground, the difference it makes to the lives of people and how it benefits Europe's values and interests.

Here some of the findings:

89% says it is important to help people in developing counties - the highest level since June 2010, and an increase of four points since 2014.

69% agrees tackling povert in developing countries should be one of the main priorities of the EU.

76% agrees aid for development countries contributues to a more and peaceful and equal world.

74% thinks tackling poverty in developing countries is a moral obligation for the EU.

75% deems development aid is a way to tackle irregular migration.

Peace and security are considered to be the most pressing challenges for developing countries (41%).

Just over half of all respondents agrees that as an individual, they can play a role in tackling poverty in developing countries (52%).

50% would be prepared to pay more for groceries or other products from developing countries to support people living in those countries.

Over a a third of the repondents are aware of the Sustainable Developing Goals.