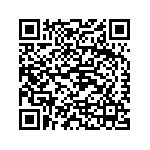 The fight for women’s rights is far from over. This week was Equal Pay Day in the US, but the problem of pay inequality persists globally. The annual pay for women only now equals the amount men were earning ten years age, and the gender pay gap continues to be a global reality for women everywhere.

“Pay inequality persists, here and everywhere, and it matters. It matters because it is a blatant injustice and because it condemns millions of women and their families to lives of entrenched poverty. It is a global, systemic problem that needs concerted attention and action.”

UN Women has launched an impassioned campaign to highlight the endemic and systemic problem of pay inequality, and issued a call to action on closing the gender pay gap worldwide.

Women carry out two and a half times the domestic and unpaid care work a man does. A global failure to adequately support the care economy has been highlighted as one of the key causes of the gender pay gap, because it "undervalues women’s jobs, entrenches them in low paid work, and limits their access to paid work opportunities, through a lack of affordable care services."

A promising solution to this is government investment in care services. A recent study by the ITUC and the Women’s Budget Group found that investing in a universal, free childcare system, in which workers are paid a decent wage, would create 1.65 million jobs and reduce the gender pay gap by 3.4 percentage points.

Not only that, but children would get the best start in life, women could stay in the labour market and build their careers, and best of all, most of the investment would be recouped through increased tax revenues and lower welfare spending.

To learn more about the gender pay gap, watch the video below: