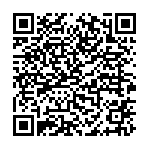 On Monday the 29th, a group of a hundred refugees will reach Europe by the so-called "safe flights”. An initiative of the Community of Sant'Egidio and some Protestant churches.

Tomorrow, Saturday 26th, a demonstration of refugees and human rights organizations will pass through Brussels and many other European cities. Under the motto #Safepassage, they demand the opening of safe and legal routes for refugees to reach Europe, so that there will be no more people risking their lives in the desert or at sea. The Community of Sant'Egidio, at the forefront in welcoming refugees and the integration of migrants, in Italy, Belgium and many other European countries, supports this proposal. It may seem utopian, but it is not.

Because Sant'Egidio is not just protesting on the street, the Community is already achieving these "safe passages'. At this moment, a group of 93 Syrian refugees in Lebanon is getting ready to be flown into Europe. This is possible because of the "humanitarian visa" delivered by the Italian authorities. Monday morning the group will land in the airport of Fiumicino, Rome.

This safe passage is the result of an agreement between the Community of Sant'Egidio and the Evangelical Protestant churches in Italy on the one hand, and on the other the Italian Ministry of Home and Foreign Affairs. According to this agreement, both organizations can, in a first stage, transport a thousand vulnerable refugees (500 from the refugee camps in Lebanon, and 500 from Morocco). The organizations are fully committed to the payment of the transportation and the reception in Italy for the first year.
The screening of the candidate asylum seekers is based on their vulnerability: sick and elderly people, pregnant women, mentally or physically challenged people. It’s about people who are weakened and have little chance to survive the dangerous journey to Europe through desert and sea. But who do meet the criteria to get asylum in Europe.

For the Community of Sant'Egidio this is the only sensible and human alternative to today’s messy European refugee policy. Borders are closed, refugees are deterred or pushed back. Only those who can actually touch down on European soil, get the chance to lodge their asylum claim. In practice, it is often only the survivors, the strongest, while the weakest stay behind or perish during their journey. A truly humane asylum policy gives priority to the weakest and those eligible for protection according to the international standards.

International agreements such as the Treaty of Schengen, provided the legal possibility for Member States to deliver visas for purely humanitarian reasons. These visas are only valid for the national territory, not for the whole Schengen area.
Sant'Egidio believes this can be a model to be followed by other countries in Europe. The hosting country has the advantage that 1) the government and the public know in advance whom they’re about to receive; 2) authorities and public opinion know in advance that the applicants are eligible for protection; 3) it doesn’t cost anything for the government. This system of 'sponsored' flights and shelter (by private individuals, companies, schools, organizations, churches, ...) also exists in Canada.