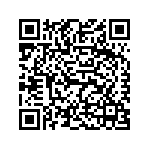 Member States have another chance to save face and stop the political theater. The International Organization for Migration (OIM) Belgian regional director Eugenio Ambrosi shares his expectations.

On Monday 7th March, the EU and Turkey will meet in Brussels to discuss ways and proposals that would push the implementation of the deal signed in November 2015. According to the plan, the EU pledged €3 billion and political concessions to Turkey, in exchange for stepped up efforts to reduce refugee flows to Europe. Some EU leaders are frustrated with Turkey's inability to stop thousands of refugees leaving its shores daily in an attempt to reach Greece. Indeed, an average of 2,500 people have made the crossing every day since the deal was reached. Vita International asked Eugenio Ambrosi, IOM regional director in Brussels, to share his views on the potential summit outcomes.

Will the EU unity test pass or be postponed?
It is hard to predict, however, it does not seem there is a comprehensive agreement among the Member States over the issues that will be discussed with the Turkish partners.
Member States do not share a common policy on how to respond to the current crisis. They disagree on whether it is right to keep all refugees out, if we should accept some of them, how long they should stay, and where to place them. States are far apart on the relocation policy as well.

Let’s give some credit where it's due. Who is doing what needs to be done?
I think the European Commission has put on the table the plans and the proposals that would better address the crisis. Not all Member States have followed the Commission's lead though. There is a club of 28 members that should find an adequate common policy, but in reality are very divided on various fronts. On one side there are countries that would harbour as many refugees as possible, whilst on the other side there are countries that would keep everyone out. In between there are states with other expectations. In this context, the EU foreign affairs policy will be not credible in the international community. We expect great efforts from Turkey, but within the EU not all countries share the same efforts when it comes to playing their part.

According to the European Union, Turkey is not doing enough.
That is not the point. What we should be discuss is if it is reasonable to think we can put in place a mechanism by which people can no longer enter Europe. And the answer, of course, is no. No matter the walls we build, the soldiers patrolling the borders, the navy and so on, the motivations that push people to leave their countries to seek a better life are stronger than any deterrents to keep them away. History has shown that where barriers and legal obstacles have been put in place, the influx of people seeking shelter has never been reduced.

In other words, border securing policies are worthless?
The summit with Turkey should be an occasion to discuss schemes that would aid the management and the resettlement of refugees, and not finding measures meant to stem the refugees' journeys to their intended destinations. After all, closing borders is simply impossible. We can reduce the influx into Turkey, but this policy would not solve the root causes, and it would breed new problems. We are in fact witnessing the degeneration of humanitarian conditions along the Balkan route.

Is the EU addressing the root causes ?
When we tackle the root causes, we have to keep in mind that we are facing a long - term commitment. Hoping in quick developments and outcomes will disappoint us all. The tendency is to change strategy and start from scratch when there are no signs of the expected outcomes. Indeed, we need a continuity of action, especially when encountering the first setbacks. We need to be patient and consistent in the long run.
A long challenge that is not properly executed, for example, is the fight against traffickers. Thinking to stem the migrants flow by arresting the smugglers and destroying the boats will not solve the problem.
Let’s not forget, there a political issue that needs to be seriously addressed, and that is the Dublin Treaty. It was designed to handle and manage a certain level of flows. Today’s crisis proves its inadequateness, and is pushing some states to make their own decisions without coordination.

The question I pose myself is why these 28 members sit all together around the same table.

Why is changing Dublin is so hard to do?
Because the difference of visions and values among Member States is very emphasised. Without a mandatory sharing mechanism amongst all the States, the front lines States will bear the burner. That means that a community of 28 members keeps offloading responsibilities on the shoulders of a small group. Today does not seem feasible for States to agree on the right changes to update Dublin.

Is Schengen really under threat ?
I think there is a serious risk that the free movement of people and goods treaty could be at risk of a permanent collapse. The discussions and the policies put forward by some States lead to the conclusions that some EU members are questioning the worth of some communitarian policies and values. Some countries feel they need to comply to Schengen’s rules when it is not too complicated to manage the consequences. Some countries embrace the Schengen values in theory but they reject them in practice: for example, they agree to the free movement of people, as long as refugees don’t enter in their turf. In the end, the question I pose myself is why these 28 members sit all together around the same table.