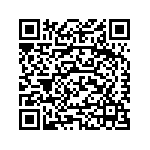 The state and challenges of democracy and market economy in the world according to the findings of the Bertesmann Stiftung's Transformation Index (BTI) which has analyzed 129 developing and transformation countries biennially since 2006.

Democracy and models of social market economy are being challenged worldwide. At the same time, says the Bertesmann Stiftung's Transformation Index (BTI) entitled "Rough Times for Democratic Change" the influence of religion on political institutions and legal systems is on the rise.
Many governments, says the have placed tighter restrictions on political and civil rights as a means of consolidating their own power. Even in relatively stable democracies, many governments are unable to defuse political and social conflicts. The 250 experts assessing the surveyed countries according to 17 criteria attest to only six states featuring "very good" governance– a record low. In contrast, there are 46 countries whose governments demonstrate either failed or weak transformation efforts.

Religion's influence in politics is growing

The intensity of social, ethnic and religious conflicts has increased in the past ten years by more than .5 points on the BTI's scale of ten, while nearly half of all surveyed governments today manage conflicts more poorly than was the case a decade ago. Conflicts within socie-ties are increasingly manifest along religious cleavages. Extremist organizations primarily associated with a militant-jihadist ideology – from Boko Haram to al-Qaeda and the Taliban to the Islamic State group – are driving these conflicts.

Religiously charged politics are not exclusive to Arab states or Muslim majority societies. The BTI records a total of 42 states worldwide in which religious dogma visibly influence political systems. In 21 states such as Iraq, Libya, Turkey and Ethiopia, legal orders and political institutions are now subject to more religious influence than they were in 2014. In the last ten years, the influence of religious dogmas has increased in 53 countries and declined in only 12 countries. This represents one of the most profound negative developments among all BTI criteria.

Crises – too close for Europe's comfort

While the number of democratically governed countries has slightly increased from 72 to 74 and the number of autocracies has declined from 57 to 55, the trend within each regime type is negative. In the last two years, the percentage of autocracies classified by the BTI as "hard-line" has increased from 58% to 73%. Only 15 autocracies protect civil rights even to a rudimentary degree and grant a modicum of political rights. In the remaining 40 autocracies, the arbitrary detention of human rights advocates and journalists is a daily occurance, as is the repression of civil society organizations. In authoritarian countries like Egypt, China or Russia, critics of the government are subject to increasingly persistent persecution and repression.
According to the BTI, one-half of all democracies surveyed are classified as "defective" and one-fifth as "highly defective." Particularly pronounced are the restrictions placed by governments on association and assembly rights. In nearly every country of East-Central and Southeast Europe, freedoms of expression and the press are now subject to tighter restrictions than they were ten years ago.
In terms of political and economic development, states in North Africa, the Middle East and Eastern Europe have taken clear steps backward – to varying but no less alarming degrees.

Europe's neighborhood is more conflictual, more unstable and more authoritarian. What's most disconcerting is the growing inability to engage in civic and political debate. This development fosters populism and the cultivation of radical views. Europe must do more to create new means of constructive dialog.

Transformation crises and conflicts are also inseparably associated with social ills. Poverty, inequality and the lack of economic opportunity in particular represent a kind of social dynamite, apt to explode into protests against poor governance. These and other societal demands for government action painfully point to governments' failure to take advantage of the favorable economic and budgetary conditions in the years preceding the economic and financial crises and invest more resources in education, health and social equality.
In recent years, the scope of governments' available options has narrowed, and the decline of economies and potential engines of growth such as Argentina, Brazil, India, Mexico, Russia and South Africa have been as continuous as they have been significant.

Check out the interactive #BTI2016 atlas.