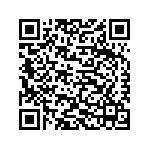 International commerce may diminish incentives for countries to wage war against each other, according to the "Networks of military alliances, wars, and international trade" study.

The enormous costs of war, which is caused by humankind itself, make it imperative to understand the conditions under which wars can be prevented. The idea that war and trade are somehow connected isn't all that new. The “liberal” view in political science argues that increasing trade flows and the spread of free markets and democracy should limit the incentive to use military force in interstate relations. When the discussion of the relationship between trade and military conflict arises, many studies show that an increase in bilateral trade interdependence reduces the probability of inter-state military conflict between the two partners. However, not much is known about how networks of multilateral international relationships foster and deter interstate wars.

According to recent research, Networks of military alliances, wars, and international trade, published on December 15th in Proceedings of the National Academy of Sciences, international trade could prevent conflicts, because countries with more trading partners are less likely to become involved in any wars, whether with allies or with non-allies.
In an attempt to examine the logic of their argument, Matthew Jackson and Stephen Nei, researchers at Stanford University, developed mathematical models of military alliances and conflicts, both with and without trade. They report that in an alliance scenario based solely on military defense considerations, when trade is ignored, no network of alliances was stable because they are costly to maintain if there's no economic incentive. Inclusion of trade in the modeled networks, however, allowed for development of stable and peaceful trade networks and military alliances between countries.
This is why trade helps in two ways: first, it provides economic motivations to maintain alliances; second, it reduces the incentives of a country to attack trading partners. This conclusion may also derive from the fact that an open global trading system will discourage a state from initiating a war against any trading partner because other trading partners in global markets prefer to do business with a "peaceful" player. The researchers present historical data on wars and trade, showing that after World War II, world trade increased rapidly, while the number of conflicts decreased (although the risk of a global conflict was obviously high).

The results also explain why regional or global economic integration is often initiated to satisfy political and security motives. For example, the raison d’etre behind the formation of the EU following World War II was the desire for peace - particularly between France and Germany. However, new challenges to the model of EU integration exist, with one of its largest states, the United Kingdom, possibly headed for exit.

The authors recognize the potential sources of error in their study, due to a clear connection between trade and military conflicts remaining difficult to determine: for example, democracies and republics tend to fight less than authoritarian regimes, as they believe that trade partnerships may at least aid international stability. This is in contrast to prior studies, according to which international trade should deter global conflicts, which are maybe the most costly in terms of human welfare, but it increases the probability of local wars. For Philippe Martin, professor of Princeton University, the reason is that globalization decreases the bilateral dependence for any pair of countries, and this weakens the incentive to make concessions in order to avoid the escalation of a dispute into a bilateral military conflict. This is especially true for countries with a high probability of dispute with a local dimension such as disputes on borders, resources, and ethnic minorities.

But what about civil war? Although the researchers have focused on interstate war, they found analogous forces at work in civil wars in which there are multiple groups or factions with competing interests and possibilities of gainful alliances. The results indicate that international trade as a substitute to internal trade, provides alternative sources of income and consumption. From this point of view, it can act as insurance and can weaken economic ties and dependencies between groups and regions inside a country. According to the authors, “maybe wars like the Second Congo War won't be occurring in the future if there's more trade with African nations”.

“So you want peace? Promote global trade alliances”, seems to be the message from the authors of the study. “For example, if countries in the West, such as those in the U.S. and Europe, built more trading relationships with places in the Middle East, then it might lead to fewer conflicts between the two regions”.