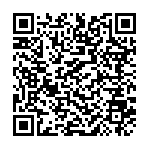 The need to recognize disaster risk reduction as a central, cross-cutting issue for achieving sustainable development and eradicating poverty has been a key topic during the last Rome Investment Forum 2015, an international event aimed at promoting a more visionary idea of social and economic sustainability

In recent years, a fast increase in the loss of economic resources and jobs has been produced due to disasters, which has been higher among the most vulnerable countries, namely African countries, Least Developed Countries (LDCs), Landlocked Developing Countries (LLDCs), Small Island Developing States (SIDS) and Middle‐Income Countries. Disasters are also exacerbated by population growth, environmental degradation, urbanization and other factors.

According to the 2015 Global Assessment Report on Disaster Risk Reduction, GAR15, the economic losses from disasters such as earthquakes, tsunamis, cyclones and flooding in developing countries over the last 20 years are estimated to amount to $862 billion - equivalent in value to one third of all international development aid.

Disasters are likely to further impoverish many people, or push the ‘near-poor’ into poverty. For example, in Haiti and in the Philippines, large parts of GDP were wiped out with during disasters. Flooding in Thailand in 2011, not only cost 40,000 million, but also caused a decrease of 2.5% in the world industrial production. In Bosnia and Herzegovina in May 2014, the same disaster set back the economy by about 15 percent of GDP. This is why the poorest lack the resources to take preventive measures, or buy insurance, and do not have savings to draw upon should disaster strike. Nor can they be sure of adequate government support through social protection. In a few words, disaster risk undermines the capacity of many countries to make the capital investments and social expenditures necessary to develop sustainably.

Over 80 per cent of the total life years lost in disasters are spread across low and middle-income countries, representing a serious setback to social and economic development comparable to diseases such as tuberculosis

The Sendai framework for Disaster Risk Reduction 2015-2030, DRR, the successor instrument to the Hyogo Framework for Action 2005-2015, approved last March, is the new global blue print to build resilience to disasters. It acknowledges the importance of all stakeholders (governments, civil society, and the private sector) working together in the design and implementation of disaster risk reduction policies and plans.

The new Framework places a strong emphasis on managing disaster risk, as opposed to simply managing disasters. This is why disaster issue is not a humanitarian concern alone but it is about doing development right. Most international assistance for disasters is for emergency response and rehabilitation while development agencies work on long term development activities where disasters are seen as extraordinary extreme events. There is a large area of work on preparedness, prevention and resilience that is left unaddressed. For example, in the case of construction, DDR initiatives mean increasing the capacity of architects, engineers and masons, and designing or retrofitting buildings so as to be earthquake resistant.

Further, climate change is truly a game-changer for this whole issue. Roughly 80% of disaster events are climate-related. The other 20% are geo-physical hazards such as earthquakes. So a number of discussions have been held among experts on the growing intensity of climate change and its impact upon disaster risk. As outlined in the GAR15, this is due to the effects of climate change not being evenly distributed. For example, the risk from wind damage would double in Anguilla and increase fivefold in Trinidad and Tobago. In contrast, Mexico would actually see a reduction in its risk. People in poor countries are particularly exposed to climate change risks because with a higher proportion of the population engaged in primary production, their livelihoods are much more dependent upon natural resources that are subject to climate changes. We can conclude that disaster risk, poverty and climate change are closely interlinked.

But, despite the Sendai Framework including monetary support and loans from international financial institutions to bolster DRR, the risks of disasters keep on being perceived as a minor priority in comparison with financial stability, unemployment or inflation. According to the report, Financing for Disaster Risk Reduction 2014, for domestic financing, this is largely due to the challenge of ensuring that DRR is a budgetary priority. With international financing, the most important issue is that DRR remains a humanitarian issue, financed largely out of emergency budgets.

It is unsurprising that in the latest draft of the Paris agreement, COP21, no clear mention of DRR was included. The closest wording being under the bracketed “loss and damages” section, wherein those who will sign the agreement are encouraged “to strengthen and, where appropriate, develop early warning systems and risk management plans”.