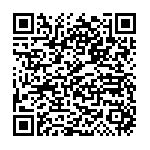 The global trend of increased violence and repression towards human rights activists and defenders was signalled by Frontline Defenders in their interview with Vita International earlier this year. The list published by the Guardian of nine female activists killed in 2015 on the International Day of Women Human Rights Defenders further highlights this trend: these women came from countries all over the world, including the US, Mexico, Fiji, Afghanistan, Uganda, and Pakistan.

Not only were they working as activists for women’s rights, but they were women defending human rights on a wider scale.

2015 has been named “the year of feminism”. What remains clear however is that there is still a lot of work to be done. The European Insitute for Gender Equality has released a report entitled “Gender Equality in Power and Decision-Making”, which states that despite areas of progress, “the persistence of gender-based stereotypes in the allocation of roles, both within political institutions and political culture in general, nevertheless continues to hinder progress towards equal representation”.

In all regions women work more than men

The report shows that in the areas of finance, economy, academia, the media and sports there is still a glass-ceiling present for women, with men continuing to dominate the highest tiers of decision-making.

Globally, the fight for women’s rights on social issues ranging from female genital mutiliation (FGM), to forced marriage, sex slavery and trafficking, and women’s rights and access to education continues.

In the economic sphere, the UN Women’s Progress Report for 2015-2016 shows that “Globally, on average, women’s earnings are 24 per cent less than men’s”. Not only that, but “in all regions women work more than men: on average they do almost two and a half times as much unpaid care and domestic work as men, and if paid and unpaid work are combined, women in almost all countries work longer hours than men each day.”

In Europe, there is no strategy for achieving equality between men and women, and women are still only halfway to equality. For 2016, the European Women's Lobby are calling for a clear strategy using the hashtag #ourfuture, to draw attention to the need for a clear and meaningful strategy from the EU to tackle gender inequality, and achieve the objectives outlined in the Beijing Declaration and Platform for Action 20 years ago.

2015 might have been the year of feminism, but what is clear is that we need 2016 and beyond to be the years where feminism translates from hashtags into concrete policies.