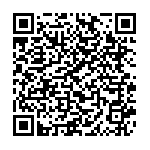 This emerges from an analysis done by CARE International, a major international humanitarian agency, founded in 1945 in the USA, delivering emergency relief and long-term international development projects. Syria has been holding the sad record for the third year running

For the third year in a row, Syria has remained the deadliest place to be an aid worker, according to an analysis done by CARE International. A devastating 57 aid workers have lost their lives since the beginning of this year, including 18 in Syria – the largest humanitarian death toll for the third year running - and where a war has been raging since 2011.

"Syria continues to be one of the most challenging places to deliver aid in the world. Syrian aid workers, who are at the forefront of the response, constantly put their lives on the line to deliver life-saving assistance,” says Nirvana Shawky, CARE’s Regional Director for the Middle East and North Africa.

“While the people of Idlib are wholly dependent on aid delivered to their communities, heavy artillery and shelling since late April has resulted in an unacceptable loss of life of humanitarian workers and the wider civilian population. All parties to the conflict must meet their responsibilities under International Humanitarian Law to protect all civilians, including aid workers, and ensure they are able to deliver vital assistance to people in need,” Shawky explained.

In the new report by Humanitarian Outcomes - an independent research organisation that provides global data on aid-worker security - national aid workers continue to bear the brunt of the violence compared to their international colleagues.

According to Des Clarke, CARE Afghanistan’s Country Director: “This attack reflects the increasing dangers of humanitarian work and the ever-present risk for aid workers across the country. Additionally, conflict as well as a drought-driven acute hunger crisis combine to negatively impact millions of Afghanis. As we mark World Humanitarian Day, we remain committed to our mandate whilst ensuring the highest obligation for our duty of care to our teams. Aid work by definition is dependent on aid workers,” Clark said.

The specific risks faced by female humanitarians are of great concern. Sexual violence against female humanitarian workers occurred in eight percent of violent attacks last year, according to findings by Humanitarian Outcomes. But the number of reported incidents – just 21 since 1997 – suggests that both victims and organisations may be vastly under-reporting the problem.

Rosalind Crowther, CARE South Sudan's Country Director says: "Throughout the world, women play a vital role in every aspect of crisis response, and particularly in preventing, responding to, and working with survivors of gender-based violence.

“South Sudan continues to experience the greatest number of major attacks on aid operations and we know that every time the rules governing fighters’ conduct in war are broken, human suffering intensifies. Ultimately, attacks on aid workers hurt the world's poorest,” Crowther continued.