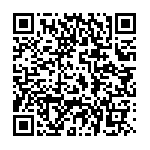 Venezuelan activist for human rights, ex political prisoner, Sakharov Prize laureate 2017 for freedom of thought, Lorent Saleh speaks about the situation of his country starting from the rise to power of Chávez, and asks for the intervention of the international community, “not to support democratic opposition in Venezuela, but to support our Constitution, guaranteeing free elections”. Here is his speech In Venice, where he was hosted by the Global Campus of Human Rights

Venezuelan activist for human rights, ex political prisoner, starting from 2007 Lorent Saleh has been participating as student leader at the organisation of protests to denounce human rights violations in the country.

He has been repeatedly detained by the Venezuelan authorities on terrorism charges. The Venezuelan government has accused Saleh, who is 31, of carrying out paramilitary training and planning attacks against Venezuela. In 2014, he was deported from Colombia and handed over to officials of the Bolivarian Intelligence Service (SEBIN). For 4 years, until 2018, he was imprisoned and tortured in La Tumba, underground prison in the centre of Caracas, located 5 floors underground, in isolation, with sensorial deprivation: with no sounds, colours, without seeing the light of day.

During his detention his audience was postponed 52 times. In 2017, while still in prison, Lorent Saleh was awarded the Sakharov Prize for Freedom of Thought, awarded by the European Parliament to Democratic Opposition in Venezuela, that includes the national assembly of the country, represented by Julio Borges, and 7 political prisoners, including Lorent Saleh.

While visiting Italy, he was hosted by the Global Campus of Human Rights, the largest institution in the world offering post-graduate education in the field of human rights and democracy, which is a network of more than 100 universities worldwide, where Lorent Saleh spoke at a round table on "How to defend the democratic change in Venezuela". The round table was attended by the following representatives and speakers of the Venice School of Human Rights: Michel Forst, UN Special Rapporteur on the situation of human rights defenders, Mara Marinaki, EEAS Principal Adviser on Gender and on the Implementation of UNSCR 1325 on Women, Peace and Security, and Manfred Nowak, Secretary General of the Global Campus of Human Rights.

Laurent Saleh’s testimony has been supported by the interventions of the other speakers: Mara Marinaki said that it is necessary for the EU to commit to democratic transition of Venezuela by allocating 50 million Euros; Michel Forst explained that there are still human rights defenders in Venezuela, but they are the target of violence and arbitrary imprisonments; Manfred Nowak, a former UN Special Rapporteur on torture, underlined that the international community has developed a tool, the International Criminal Court (ICC), to protect victims of international crimes. Nevertheless, this tool is not working, because it is highly bureaucratic. “We live in times of crisis, and the UN Security Council is paralyzed, as we see in Syria, Yemen and Venezuela”, he added.

Below is Laurent Saleh's speech at the roundtable on "How to defend the democratic change in Venezuela":

“In Venezuela there is a state of terror. Civil population is submitted to a very high level of violence from the State. It’s State terrorism”. [...] “There is a regime in power that dominates the population with terror: they kidnap, kill, use hunger and illness to subjugate people”, says Laurent Saleh.

"In order to keep their power (tyrants and dictators) are ready to abuse the law and to kill a population through illnesses and hunger, as it happens now. Hugo Chávez used hatred to do politics, and when politicians use hatred as a political instrument that is a bomb”.

“During Chavez government, oil prices increased a lot: they passed from 8/10 dollars a barrel to 100 dollars a barrel. Furthermore, all big mineral resources in Venezuela, like gold, diamonds, aluminium...were in the hands of a military who had tried to do a coup before going to power”. Thanks to this power “he started to control all institutions of the State, also the Church”. [...] In 2007 Hugo Chávez decided to shut down the main television network in Venezuela, Radio Caracas Televisión, getting the monopoly of information”. [...] In that period, in which oil prices were so high, Chávez had many friends around the world and nobody would listen to us”. [...]

“When Chávez died (in 2013, editor’s note) Maduro got into power and oil prices dropped”. Due to the fall of oil prices revenues decreased and “State violence increased. Maduro’s regime started neutralising opposers and putting them in prison”. [...] «There are more than 800 political prisoners in the country and more than 5 million Venezuelans have left the country”. [...] “As soon as oil prices decreased, international attention arrived”.

“What we are asking the international community is not to support democratic opposition in Venezuela, but to support our Constitution”. [...] “In the face of a systematic violation of human rights, and of crimes against humanity, what we ask the international community is that it simply implements the tools that it has itself created”. [...] “The action plan the National Assembly has set up is the end of the usurpation of power, and the organisation of free elections”.

“We don’t want your soldiers, your tanks to free us. All we ask for is a proper inquiry with the International Criminal Court to determine responsibilities”. [...] We have to end impunity [...] “And if the international community doesn't there will be more deaths and violence against Venezuelans and the more the international community stays idle the more we are likely to have a confrontation between Russia and the Usa” [...]. “The European Union must say to those involved in the politics of terror and who have deposited their assets in Europe: “We are going to freeze the assets that you have deposited here in Europe”. I do believe in sanctions against individuals”.

Lorent Saleh concludes his speech with a question that remains unanswered: “¿Cuántos muertos nos faltan?” Who many people have still to die?

In this video-interview, released by Lorent Saleh at the Global Campus of Human Rights, during the Venice School of Human Rights, the activist says:
“Luckily, we received good gestures of support from the European Union and the European Parliament and, although they might seem little ones, they are enough. I am very grateful, particularly to the European Union and the Spanish government, because they were there for me and they took me out of that box I was in, rescuing me from the claws of tyranny in my country.
Now, that bridge that I crossed, I don't want to destroy it. I want to make it bigger so that many more can count on this bridge to achieve freedom. And that bridge is the international community."