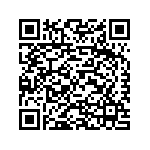 47 films, 200 debates and conferences, 300 guests, among whom artist Ai Weiwei and actor Forest Whitaker. These are the numbers of FIFDH, the most important event at international level on human rights and cinema, that is taking place from the 8th to the 17th of March. A festival with a strong social impact, that includes educational programmes for students, and involves migrants and detainees

It’s the most important international festival dedicated to cinema and human rights . Its name is FIFDH, and it has been taking place every year in Geneva, for 17 years, in parallel to the main session of the UN Human Rights Council.

“This edition of the FIFDH honours powerful agents of change”, explains Isabelle Gattiker, Director of the International Film Festival and Forum on Human Rights, who “worldwide, in the face of unacceptable situations, dare to raise their voices”. FIFDH, International Film Festival and Forum on Human Rights, will question “new forms of artistic, political and collective resistance” and aims at being an opportunity not only to get informed, but also to practically commit in favour of human rights, through concrete tools for involving the public.

The opening is on the 8th of March, on the occasion of International Women’s Day, with the film, “On her shoulder”, dedicated to Nadia Murad, 2018 Nobel Peace Prize winner who, after surviving Daesh’s violence and crimes against the Yezidi people, became the voice of her people and of all Iraqis. The screening of the film will be followed by a debate, in the presence of UN High Commissioner for Human Rights Michelle Bachelet and Swiss Secretary of State for Foreign Affairs, Pascale Baeriswyl. Three human rights defenders, Hajer Sharief (Libya), Tatiana Pechonchyk (Ukraine) and Sareta Ashraph (Iraq), will highlight the obstacles encountered in their daily struggles.
Half of the 47 films which are screening have been made by women.

"Faithful to its Dna, the panel of the selected films honours those who resist, those human rights champions in danger, persecuted, molested, tortured in Syria, in Democratic Republic of the Congo, or in China", observes Le Temps.
300 guests are expected, among whom actor and activist Forest Whitaker, committed to peace in South Sudan, writers Roberto Saviano and Laurent Gaudé, sociologist Saskia Sassen, artist Ai Weiwei and directors Rithy Panh, Petra Costa and Amos Gitaï. The festival will be closed by French author Édouard Louis. Besides films, the festival offers debates, readings, conferences, photo exhibitions, and activities for young people, in 62 locations in Greater Geneva and French-speaking Switzerland.

It is an event with a strong social impact, that includes educational programmes for about 3000 students, and involves migrants, inmates and adolescent patients of psychiatric day hospitals, through free screenings and meetings with the guests of the festival.
For the sixth consecutive year FIFDH will be present in 3 detention centres that will open their doors to cinema and human rights issues.

Two youth juries will award prizes to documentary and fiction films, in the presence of the international jury: an experience that contributes “to developing their cinematographic curiosity, a critical mind and an awareness of human rights issues”, says FIFDH in a note. At the end of the festival 4 prizes for the best documentary will be awarded by special jurys, composed of people deprived of freedom and minors from the psychiatric day hospitals.
As FIFDH points out, this initiative reverses the perspective: it allows people who have been judged to become in turn judges and regain confidence in their own critical faculties.

The programme of the festival is available here.

Opening picture and poster: © Fifdh
The other pictures are from Fifdh's facebook page