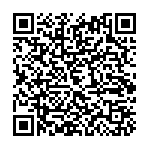 In the framework of the Festival, Askold Kurov presented the documentary: “The Trial: The State of Russia vs. Oleg Sentsov” and spoke in a live panel organised by Global Campus of Human Rights at their headquarters in Venice Lido. Dissident Ukrainian film director Oleg Sentsov was sentenced to 20 years imprisonment for terrorism and arms trafficking after a trial denounced as “Stalinist”. In 2018 he was awarded the Sakharov Prize by the European Parliament

In the framework of Venice Film Festival, Global Campus of Human Rights, the largest institution in the world offering post-graduate education in the field of human rights and democracy, which is a network of more than 100 universities worldwide, organised the live panel: “The Trial: The State of Russia vs. Oleg Sentsov” in their headquarters in the Monastery of San Nicolò, at Venice Lido.

The panel was participated by Askold Kurov, director of the documentary about the Ukrainian film Director Oleg Sentsov, arrested in Crimea by Russian security services and sentenced to 20 years imprisonment for terrorism and arms trafficking after a trial denounced as “Stalinist”. Oleg Sentsov was awarded the 2018 Sakharov Prize by the European Parliament, asking for his prompt release from prison.

About the Summer School in Cinema Human Rights and Advocacy
The 14th edition of the Summer School in Cinema Human Rights and Advocacy is a training initiative jointly developed by the Global Campus of Human Rights (GC) and Picture People. The 10-day intense training is aimed at young professionals wishing to broaden their understanding on the connections between human rights, films, digital media and video advocacy, to share ideas and foster participatory and critical thinking on urgent human rights issues, debate with experts and filmmakers from all over the world during the 76th Venice International Film Festival and learn how to use films as a tool for social and cultural change.