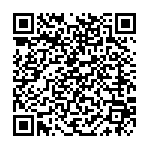 On the occasion of the Venetian Festa della Sensa, a presentation of the activities of the European Inter-University Centre for Human Rights and Democratisation (EIUC) was made in the headquarters of the institution, at the Monastery of San Nicolò at Venice Lido. Interdisciplinary centre of excellence formed by a network of 41 renowned universities from all European Union member states, EIUC is the hub of a larger network involving 100 universities worldwide

Venice celebrated last Sunday the ancient Festa della Sensa, that dates back to the year 1000, and that commemorates Venice’s relationship with the sea. A central moment of this celebration is the ritual of the Sposalizio del Mare (Wedding of the Sea): in front of the church of San Nicolò the mayor Luigi Brugnaro repeated the symbolic gesture of the Doge on board the Bucintoro, and threw in the waters of the Lagoon a golden ring, symbol of the union of Venice with the sea.

There could not be a better opportunity for EIUC, European Inter-University Centre for Human Rights and Democratisation, whose headquarters are right in the Monastery of San Nicolò, located next to the church, to present itself and illustrate its activities during a cocktail that took place in the cloister of the Monastery.

Founded in 2002, thanks to the support of the European Union, EIUC is a private association, a consortium made of 41 European universities that organises interdisciplinary educational, research, training activities on human rights issues and on the promotion of democracy. Its main programme is EMA, the European Master’s Programme in Human Rights and Democratisation.

«EIUC has its roots in Europe but has a global vision», says a note of the institution, «being the hub of a network involving 100 universities worldwide-the Global Campus of Human Rights- in representation of European Union Member States and of university networks present in Asia, Africa, Latin America, Caucasus region, South-East Europe: a constellation of institutions and relevant partners which makes EIUC/GC a unique institution».

As explains Manfred Nowak, Professor of International Human Rights at the University of Vienna and Secretary General of EIUC: «There is no other institution of post graduate education on human rights at global level that is that big, and that offers 7 masters courses in all regions, some of which are the only one in the respective regions on human rights. We have now already more than 3000 graduates and it’s a huge asset».

There is no other institution of postgraduate education on human rights at global level that is that big, and that offers 7 master courses in all regions, some of which are the only one in the respective regions on human rights. We have now already more than 3000 graduates and it’s a huge asset

Elisabetta Noli, Administrative Director of EIUC, where she has been working since it was set up, deepens the relationship between the centre and the Global Campus of Human Rights: «Being EIUC the first of the consortia of universities born at regional level on the initiative of the European Union, it was taken as a model for the development of similar masters programmes and of other activities taking place in other regions of the world». Elisabetta Noli explains: «In total there are 7 regional masters programmes that have a lot of things in common and that work on the basis of these consortia of universities. EIUC, as first consortium, was chosen as the hub of this coordination, as entity that invites all these regional programmes to carry out common activities and that manages them directly».

EMA, the European Master’s Programme in Human Rights and Democratisation, which is now in its twentieth year, lasts one year. First semester courses are based in Venice, while EMA continues in the second semester with a mobility programme allocating students to the participating universities.

«Given the experience gained with the masters programmes, EIUC has developed other training courses, like the Summer Schools, and courses targeted at some specific groups, like training courses for lawyers regarding the jurisprudence of the European Court of Human Rights or on the Charter of Fundamental Rights of the European Union», explains Professor Nowak.

EIUC has therefore a coordinating role of the activities of all programmes, as besides the activities developed locally there are a series of common activities participated by all programmes, like the Global Classroom, where a topic of current interest for all the regions involved is studied, analysed and discussed (last Global Classroom, on the theme of diaspora and human rights, was hold in April in Yerevan, Armenia), international conferences, research projects participated by researchers of the various programmes, exchanges of professors working in the various programmes, and a whole series of joint activities that EIUC manages directly in close partnership with the other universities.

An international body like EIUC keeps anyway an important bond with the territory «because the idea is that human rights must be developed in their community, starting from the individual in all areas, at council level, and at regional, national and international level», explains Elisabetta Noli. The programme was born in Venice on the initiative of the University of Padua, and has had since its foundation the support of the municipality of Venice, that has hosted the institution for free in the Monastery of San Nicolò.

It is not casual that EIUC is trying to highlight the international vocation of the city of Venice, that is the headquarter of other international institutions, such as Unesco, the Council of Europe, and the Venice Commission, that gathers here regularly. «There is therefore a strong interest from international organisations to see Venice as city for human rights at European level. We are part of this community and we try to develop activities both together with these international partners that are based here and with the council», explains Elisabetta Noli.

The idea is that human rights must be developed in their community starting from the individual in all areas, at council level, and at regional, national and international level

Venice is a city of art and culture and it is home to important events, like the cinema festival and the Biennale. «We want to involve artists working in different sectors, from music to visual art, to others, in carrying out activities here in Venice, that is a beautiful art centre», explains Professor Nowak during the presentation of EIUC’s activities to the public of friends and supporters.

«We want to be more actively involved in the Venetian cultural and intellectual life. Our vision is to put art and human rights together and to use art as a means to spread the message of human rights all over the world».

An example of the cooperation with the artistic world is the partnership with the Berengo Foundation. «We have carried out different activities with the Foundation, as witnessed by the presence in the cloister of the Monastery of San Nicolò of the artwork “Collective memory”, that was donated to EIUC by Koen Vanmechelen, an important Belgian artist, and that is dedicated to the issue of human rights», highlights Professor Nowak.

«We have other partnerships regarding other activities, for example during the cinema festival we organise the Summer School Cinema Human Rights and Advocacy. Participants come from all over the world and study the use of cinema as a tool to convey messages and awareness campaigns on the issue of human rights».

«Then there is the issue of music and human rights, with the Orchestra of Human Rights, an international orchestra made up of musicians from all over the world, that we are trying to bring to La Fenice Theatre», concludes Manfred Nowak.

Opening picture: EIUC Facebook page. All other photos are by Mattia Borgato for EIUC.