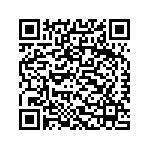 Today ends the week of negotiations at the UN in Geneva for the Binding Treaty on Business and Human Rights, an instrument that could protect the rights and the environment of many communities around the world.

Still today there is no international instrument that regulates the activities of companies despite the abuses and injustices that, as it is known, transnational corporations (TNCs) inflict on local communities in many countries of the world. Relying on individual States to promote and guarantee the protection of human rights, when powerful TNCs operate worldwide, is not enough. Without a Treaty there will still be cases of territorial expropriation, environmental pollution and climate injustice, as well as imposition of new models of development and consumption.

Among the promoters of a Binding Treaty to deal with this situation, there are academics (in this letter signed by more than 150 researchers), civil society organisations such as those grouped in the "Treaty Alliance" and the Catholic Church at various times, for example, through a declaration by the Permanent Observer of the Holy See to the UN.

An emblematic case is the one of "Mariana" in Brazil, which saw, three years ago, the burst of a dam in the most serious environmental disaster in Brazilian history. The dam was operated by the Samarco S.A. industry, a joint venture between the Anglo-Australian BHP Billiton Brasil Ltda. and the Brazilian company Vale S.A. The burst has generated a huge torrent of polluted mud that has covered villages destroying houses, churches and schools, polluting the waterways and leaving 19 victims in addition to countless people traumatized by the event. Due to the lack of strong international instruments, many people are still waiting for justice despite an agreement recently reached for some of the victims. The case of Mariana is explained in detail in this dossier by CIDSE, the international network of Catholic social justice agencies.

According to the Dismantle Corporate Power campaign, the case of the Chevron oil company against the victims from the Amazon in Ecuador, which dates back to the 1990s but is still open, is another example of impunity for multinationals that could be countered through a Binding Treaty. The company is accused of having poured toxic waste into lakes and rivers for decades and having unloaded tons of barrels of crude oil into the Amazon rainforest causing serious damages to the ecosystem, to the local subsistence economy and to peoples’ health. The case represents, according to the campaign, the typical example of asymmetry in access to justice, which must be addressed by a Binding Treaty.

In these cases human rights are intertwined with climate justice. The companies in question, such as oil companies in the first place, in addition to causing direct damage locally, carry forward a polluting model of development at the global level. The repercussions of their operations contribute to global warming, whose main victims are once again the most vulnerable populations. At the same time, as highlighted by the organization MAB (movement of people affected by dams), some projects such as some mega hydroelectric dams, have been built to generate clean energy without taking into account the needs of local populations causing expropriations and disintegration of communities. The Paris Agreement, signed in 2015 at the UN Climate Change Conference COP21, also refers to human rights, whose respect becomes essential in climate action. During this year's Climate Conference (COP24), states will discuss guidelines for the implementation of the Paris Agreement and it will be important that the reference to human rights becomes binding.

From 2014 the idea of ​​a Treaty that regulates multinational companies was proposed, but the process is long and only in the session of this year, just ended, States began to discuss starting from the text of a future Treaty. In recent years, the process towards the Treaty often run the risk of being interrupted due to the obstructionism of some countries. Even the EU itself has often been accused of trying to derail the process.

The presence of a text, even if still to be approved and improved, is already considered for this reason as a small victory. According to more than 160 civil society organizations that signed a statement published yesterday, this phase of the negotiations represents "a great step forward for the countless communities, who have struggled for decades to protect their human rights from violations and abuses by TNCs and other business enterprises." The organizations recommend at the same time that the process continues, and that it remains open to contributions from non-governmental organizations.