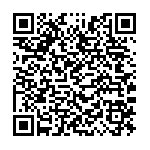 The study – “Decent work for migrant domestic workers: Moving the agenda forward ” – is based on knowledge generated by an EC-funded ILO programme and offers key guidance and recommendations for improving migration policies, awareness raising campaigns and capacity building programmes for domestic workers.
Domestic workers are often excluded from labour protections. The ILO found that in 2010, only 10 per cent of domestic workers globally enjoyed the labour protection coverage made available to other categories of workers. Migrant women in this sector are less protected, particularly where they are in an irregular situation.

Migrant women are caught at the cross roads of two sovereign countries – the country of origin and the country of destination – which often have divergent interests, laws and policy objectives on migrant domestic workers. Addressing these challenges requires greater cooperation between countries of origin, transit and destination.

The ILO report encourages countries of destination to introduce policies that better protect migrant domestic workers, and that take into account changing demographics and labour market needs in this sector. The extent to which shortages in the sector should be filled by foreign labour should be the result of robust consultation with employers’ and workers’ organizations.

“The persistence of temporary migration schemes for domestic workers where the demand for their services is significant can lead to irregular migration,” explained Leighton.
Taking the example of long-term care, she added that “migration policies at destination should take into account the long-term care needs of the population.”

The report also stresses the importance of skills programmes for migrant domestic workers to reinforce the view among both workers and employers that domestic work is real and professional work.
“For these programmes to be effective they have to be grounded in fundamental principles and rights at work and receive the support of public institutions and trade unions and employers’ organizations,” added Leighton.

Looking at how migrant domestic workers can better organize themselves and gain new rights, the report notes that domestic workers continue to be legally excluded from the right to freedom of association and therefore cannot always form or join trade unions. Language barriers and cultural differences are among other constraints. However, the report presents good practices among unions in recruiting members and working around these barriers.

Collective bargaining at the national level needs to be supported by social dialogue involving countries of origin, transit and destination. This is because challenges relating to migrant domestic workers need to be addressed across borders. The global recruitment industry that supports migration for domestic work is a key element here

According to ILO research released last year, there are 67.1 million domestic workers globally, 11.5 million of whom are international migrants. Around 8.5 million are women. South-East Asia and the Pacific host the largest number of women migrant domestic workers (24 per cent), followed by Northern, Southern and Western Europe (22.1 per cent) and the Arab states (19 per cent).