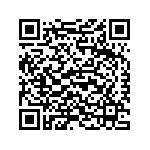 According a new research, southern Europeans seem to be penalized by their high share of low- skilled workers, whom are more likely to compete with migrants for low value added occupations

The arrival of well over a million of refugees from the Middle East has shaken the European Union again in its foundations - the third major crisis, after the Global Financial Crisis and the Euro Crisis.
Total population in Europe has increased by 34.3 million, of which nearly three quarters were migrants and most are concentrated in the Euro Area. The number of first time asylum applicants increased by four times, passing from an average of 30.000-40,000 per month in the whole EU28 to over 140,000 per month in the last quarter of 2015.

Some studies suggest positive welfare effect of immigration whereas others argue that immigration produces negative effects on wages and employment, at least in the short run. Empirical studies too give no clear-cut conclusions, as the results depend on the specific time and countries under analysis. The most comprehensive study finds that immigration increases employment but it has no effect on domestic wages.

The results of a new research on immigration, titled “Employment, migration and growth”, have been released from Centro Europa Ricerche (CER) during a conference held yesterday, October 24, at the University of Lumsa in Rome.

Old demons of nationalism and xenophobia have reemerged, populist anti-European parties are on the rise. Many people fear that native populations will lose out, because public resources are diverted to immigrants. The study was aimed is to explain why a perception prevails some countries that migrants take away jobs from locals or make it harder for unemployed persons to find work.

Evidence shows that anti-immigration movements are strong, when the gap between the employment ratios for nationals are significantly lower than for foreigners, thereby creating the impression that immigrants take away jobs from natives

To come to this conclusion, researchers found that in those countries where the share of low-skilled workers is relatively low and the population is aging fast, immigration might have positive effects on wages and employment of the nationals. For example, countries like Italy, Spain, Portugal and Malta with the highest share of low - skilled workers, might suffer the competition of migrant workers. With the exclusion of Spain, these three countries, together with Greece, Czech Republic and Croatia have also the lower percentage of individuals with tertiary education. On the other hand, northern countries and the Baltics show a relatively high share of population owning a tertiary degree. They are top countries for attracting highly skilled immigrants

“This may explain why in peripheral countries of the Economic and Monetary Union, EMU, low-skilled workers fear for jobs”, said Collignon.

Yet, when migrants' skills are mainly substitutes for natives’ skills, then negative effects in terms of lower wages and higher unemployment may arise, but positive effects can arise when immigrants fill a shortage of domestic labor supply in specific skills.

The results above have important policy implications. In core countries, the perceived threat from immigration might focus on the pressure on the welfare system; but in the periphery, there is the need to improve the skill structure of the domestic labour force by reducing the share of low - skilled in favour of more highly - skilled workers.

“It is important also that the skills upgrading goes in the direction of market needs, providing graduates in technical and scientific fields as well as in some social sciences. Simply put, economic growth would be the only way to overcome these fears”, the author added.