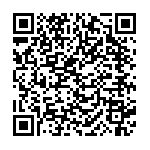 The state of the art, the concerns, the challenges and the proposals regarding the restrictions that civil society organizations are facing to their civic freedoms in many countries across the world,addressed by Civil Society Europe and its members.

The meeting was timely: our society is ever more polarised, discrimination, particularly against immigrants and ethnic minorities is on the rise and there is a growing distrust of citizens towards institutions at national and European level. At the same time civil society organisations face increasing restrictions to their civic freedoms in many countries across the world.

Participants discussed findings of an online survey that targeted civil society organisations in Europe during early 2016 in order to assess the perception of civil society organisations on key civic space freedoms (freedom of registration, assembly, expression), challenges and opportunities and their views on political trends in Europe.
Although the framework and legal conditions for civic space are well in place in European Union countries, the survey results confirmed some worrying developments in terms of the implementation of those rights. 58, 7 % of the respondents considered that conditions for civic space have deteriorated in the last year. More worrying is a much lower rating of civic space by respondents from Eastern European Countries. The main areas of concern of civil society organisations that emerge from the survey are the decrease in financial support, the increased conditionality of funding that limit advocacy activities, the lack of effective and adequate consultation mechanisms and the development of measures and legislation in the area of security, and surveillance that have a chilling effect on civic space.
Furthermore for 73.6% government support to civil society promotion of human rights and democratic values is insufficient and over two thirds of respondents would like the EU to do more to guarantee civic space in their country.

During the debate, NGOs working on social rights, human rights, the environment, active in development cooperation and humanitarian aid, and representing civil society organisations at local level, as well as member of the European Parliament confirmed this trend. In particular Conny Reuter from Solidar and Tanja Fajon spoke about increased intimidations of civil society organisations and concerns of citizens on the secrecy of their vote in the Western Balkan countries, Berber Biala Heetinga and Kersty Mc Court from Human Rights and Democracy Network raised the issue of a more difficult access to institutions even at EU level and consultation on issues having an impact on civic freedoms such as counter terrorism legislation.

Also organisations active in providing rescue and shelter to immigrants and refugees often find themselves in a difficult situation as there is on one hand increasing pressure from national and local institutions to provide support, on the other insecurity as regards the legal framework leading to volunteers being charged in some countries with smuggling charges as they rescued migrants or helped to cross borders, said Annica Rynbeck from the Social Platform.

The correlation between shrinking civic space in third countries and in the EU was also discussed. The EU deal with Turkey on refugees seems to have made the EU and national governments more reluctant to address current civic space violations in the country. Furthermore the respect of human rights is not consistently addressed in the negotiations of trade agreements noted Karine Sohet from Concord. Elena Valenciano, Chair of the subcommittee on Human rights, stressed that there is a need to establish link between external EU action including trade policies and the promotion of civic space.

In this context it is even more urgent to ensure that civil society organisations receive adequate support for the promotion of universal rights and democratic values at a time when calls for racism and hate speeches are more and more widespread. Participants also felt that there was a need to explain the value of civil society as such, as it is an essential part of democracy and resilient societies, as pointed out Jorgo Riss from Greenpeace.

The debate brought to light the need to work proactively to address these worrying trends by developing a wide debate between the European Parliament and Civil Society leading to the development of a strategy, as well as benchmarks. Also there was a call by Heidi Hautala, member of the Committee on Development, to mainstream civic space in the different EU policies including for instance budgetary issues.

There are a number of opportunities at hand to address more consistently civic freedoms and fundamental rights such as the follow up by the European Commission of the proposal by the European Parliament of a EU mechanism on the implementation of the rule law, democracy and fundamental rights in the EU, led by Sophie in’ t Veld, and the upcoming EP report and study on shrinking civic space in third countries.

Members of the European Parliament present and civil society organisations agreed to follow up with concrete initiatives to make this issue high on the EU agenda.