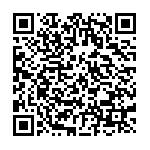 On December 2 the European Commission published the European Accessibility Act. The European Disability Forum welcomes this long-awaited piece of legislation that has been at the centre of its Freedom of Movement campaign for over three years.

The European Commission today proposed a European Accessibility Act, which will set common accessibility requirements for certain key products and services that will help people with disabilities at EU level to participate fully in society.

Commenting on the Directive, the European Disability Forum highlighted that "Persons with disabilities currently face barriers to free movement within the EU on an equal basis with others. The European Accessibility Act has great potential to bring a positive change."

The publication of the proposal follows the recommendations made by the UN Committee on the Rights of Persons with Disabilities earlier in September calling on the EU to adopt the Accessibility Act as a step towards better implementation of the Convention.

EDF President, Yannis Vardakastanis, stated: “December 3 is the International Day of Persons with Disabilities focusing on access and empowerment. The Act can contribute to the empowerment of persons with disabilities to better enjoy the freedom of movement of persons, goods and services in the European Single Market."

We highly appreciate that Commissioner Thyssen has delivered on her commitment to publish the Act this year.

The proposal for a Directive aims to improve the functioning of the internal market, making it easier for companies to provide accessible products and services across borders.

Disability should not be a barrier to full participation in society, nor should the lack of EU common rules be a barrier to cross-border trade in accessible products and services. With this Act, we want to deepen the internal market and use its potential for the benefit of both companies and citizens with disabilities. In fact, we all may benefit from it.

The EDF also points out that for many years, the Act has been a top priority for EDF and its members through our Freedom of Movement campaign. In the coming weeks and months EDF and its members will work together with the EU institutions, partner organisations and other stakeholders to make this piece of legislation meaningful for 80 million people with disabilities in Europe”.

As a follow-up, the Commission has planned an initial consultation period of 8 weeks in which stakeholders can give their feedback and in which EDF will participate. It will be followed by the regular legislative procedure involving the European Parliament and the Council of the European Union.