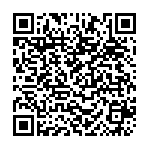 What is a supply chain? Imagine that you are in a cinema watching a movie. The movie itself was made by a company in the United States, using subcontractors in India and the Republic of Korea. The popcorn you are eating was harvested by workers in Argentina, prepared with palm oil from a Malaysian plantation and produced in machines assembled in Italy. The seat you are sitting on was made in Poland. Indeed, the two hours you spend watching the film may have required the labour of thousands of people in dozens of countries in global supply chains. The reality is that most products are now made by a global workforce fragmented across dozens of national boundaries, worksites, and employers.

AFWA researchers found that laborers at H&M's supplier factories were subject to sexual harassment, low wages, and other abuses.

In 2013, a building collapse in Bangladesh killed 1,134 people and injured hundreds of others, creating an international outcry about the human toll of making cheap, fast fashion clothes for wealthier nations like the U.S. Recent reports on incidents of child labour, forced labour, discrimination, trafficking in persons and generally gaps in working conditions regularly came to the attention of media, indicating a need to address labour protection in the industry.

Certainly, no company can afford the negative implications of being associated with forced labor in its own business operations or supply chains, but despite this, they are still not ready to resist the temptation to do business with low-cost producers and suppliers, where wages are low, working hours are long, and where living and working conditions may be far from satisfactory.

A series of reports from the Asia Floor Wage Alliance AFWA, a coalition of trade unions and advocacy groups, suggests that decades of voluntary corporate social responsibility initiatives have failed to remove human trafficking and forced labour from their corporate supply chains. The ILO estimates the number of jobs in global supply chains in 40 countries increased from 295 million in 1995 to 453 million in 2013. More than one fifth of the global workforce have a job in a global supply chain. Millions more are hidden workers.

AFWA researchers found that laborers at H&M's supplier factories were subject to sexual harassment, low wages, and other abuses. At Walmart’s Cambodian factories, work lasted “up to 14 hours a day in sweltering heat, without adequate supply of clean drinking water or any breaks, leading to episodes of mass fainting”.

The reports come just as the International Labour Organization (ILO) holds its annual conference held in Geneva from May 30-June 10. The Committee on Decent work in Global Supply Chains comprising representatives of workers, employers and governments, held nine days of intense discussions about how to establish a multilateral convention to promote decent working conditions, improving the lives of millions of workers in global supply chains. According to ILO’s definition, decent work “involves opportunities for work that is productive and delivers a fair income; security in the workplace and social protection for families; better prospects for personal development and social integration”.

“We began the job of delineating the way that decent work can and must contribute to peace and stability in the wake of conflict, crisis or disaster. And if all of that were not enough, we set the course for making poverty history by 2030,” said Ryder, referring to his report to the ILC entitled “The End to Poverty Initiative: the ILO and the 2030 Agenda.

Over 36 per cent of the emerging and developing world the report said live in poverty and on a daily income of less than US$ 3.10 purchasing power daily. And almost a third of the extremely or moderately poor in developing economies have jobs which is vulnerable in nature.

“Clearly, the Sustainable Development Goal of ending poverty in all its forms everywhere by 2030 is at risk. If we are serious about the 2030 Agenda and want to finally put an end to the scourge of poverty perpetuating across generations, then we must focus on the quality of jobs in all nations”, Ryder concluded.

So, how much would it cost to end poverty? At least 10 trillion dollars!