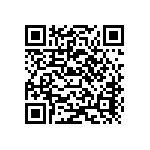 As the French government clears the Calais camp, European member states are still grappling to implement the long - due refugee plights policies

The first busses tasked with carrying the Calais Camp’s residents to 164 accommodation centres across France, arrived at the site this morning at 6.30 am. Some people started queuing since 5am.
For someone could be a liberation, finally moving to a new destination where living conditions are less grim. For others it could be the beginning of a new challange dominated by the fear to remain stuck up in a new and unknown centre waiting to get their asylum papers cleared and may be relocated who knows where and when.
According to various news agencies, the refugees do not know where they will be taken. They will be shown a map and given a choice of 2 regions in France.
Among them, those with families ties to the UK will be sent to Britain, along with at least 1,000 children.

Those are the alternatives awaiting 8,000 ( some media outlets say 6,000) men, women and children who have been living for mouths in harsh conditions in the notorious camp in the north of France known as the jungle. After the evacuation will be over, the camp will be demolished.
The French government hopes to clear 3,000 adults and children from the camp today with 60 buses. According to Agence France-Presse, the first coach load of Calais camp evacuees departured at about 8.45am, shuttling around 50 Sudanese to the Burgundy region of east central France. As reported by the BBC, some 7,500 beds are being made available in 450 centres across France. So far migrants have been have been taken to the regions of:Auvergne-Rhone-Alpes, Bourgogne-Franche-Comte,Brittany,Pays de la Loire,Poitou-Charentes,Grand Est, Nouvelle Aquitaine.

Some of the 700 journalists whave flocked to the camp to cover the evacuation say that despite reports of tension, an orderly queue of several hundred migrants has already formed a quarter of a mile from the camp very early in the morning. Most in the queue appear to be Sudanese.

The eviction will not solve the situation of people, many of them fleeing conflict and authoritarian regimes, who are desperate to reach England to reunite with their families and who will continue to reach the UK. And we are concerned about all the people who build makeshift shelters in other sites in northern France, in a region where the winter temperature drops below zero.

According to the Guardian, in the past week, about 200 children have been brought to safety in the UK, approximately 15% of the total number in the Calais camp, according to a Citizens UK estimate. Another 24 refugee children from Calais arrived in Britain on Sunday afternoon. They follow 54 unaccompanied minors, mostly girls from Eritrea, who were the first to be brought to the UK on Saturday night

The more than a decade-long human tragedy of Calais is now culminating in the dismantling of the “jungle”. However, dismantling the camp will not dismantle the tragedy. These people fled misery and poverty in the hope of a brighter future. We urge the French authorities to make all necessary efforts to ensure that their human dignity is respected during the dismantling process and that France will offer them opportunities to reach their brighter future once they will be relocated.

The news reports that come from the camp underling the evacuation speed and its organization do not offer many reasons to celebrate. As long as European member states continue to not implement the relocation scheme which provides for the relocation of 160,000 refugees from Italy and Greece to other member states on the basis of a binding and permanent agreement, informal camps will remain a constant reality.

Ironically, the camp eviction started just 2 days after another summit was held in Brussels. The EU leaders convened at the European Council to discuss, among other issues, the migration crisis. As underlined by an analysis by the European Policy centre, despite the fact that overall number of people arriving in Europe has been substantially reduced, the EU has not been able to agree on more structural innovations and reforms, such as the reform of the Dublin System, new measures supporting countries in integrating refugees, a fairer distribution of migrants and it failed to create new legal avenues for migration.