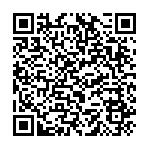 The InteGREAT project has the mission to connect young people across Europe allowing them to react to the refugee crisis by fostering their integration in local communities and providing them all necessary means to play an active role in society.

AIESEC Italy, that was chosen as finalist for the 2016 edition of the European Charlemagne Youth Prize together with 28 other projects, one for each Member State of the European Union, was awarded the prize by President Martin Schulz on the 3rd of May.

«Having the project been presented in Brussels at the European Parliament means that young people are able to create a responsible generation of European citizens who take practical actions to build the Europe of the future», according to Benedetta Turrin, President of AIESEC Italy.

Benedetta Turrin comments in the video here below on the role of young people in Europe. «The InteGREAT project allows university students to enter refugee camps all over Europe in order to teach and integrate them. The European Charlemagne Youth Prize has allowed AIESEC Italy to have a great impact both in Italy and in Europe. What is particularly significant for us is that the prize recognizes the importance of young people's actions and that we, as youth, must not only contribute to Italy’s but also to Europe’s problems».

Martin Schulz’s recognition of the project's relevance is an important milestone for AIESEC Italy. Not only it recognises the role university students can play in Europe, but it also gives all associations and NGOs that deal every day with the refugee crisis the opportunity to find useful means of support thanks to AIESEC Italy.

All pictures are by AIESEC.