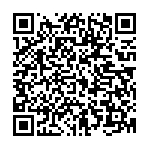 Martin Schulz, President of the European Parliament, has awarded Aiesec Italy the first prize during the ceremony that has taken place in Aachen. “Integreat”, Aiesec's project to promote integration for migrants, asylum seekers and refugees has been awarded.

Aiesec Italy wins the European Charlemagne Youth Prize 2016, now in its 9th edition, aimed at awarding young people involved in projects fostering comprehension among people of different European countries and at promoting the development of a European awareness amongst new generations.

Aiesec Italy, chosen as finalist for the 2016 edition of the European Charlemagne Youth Prize, together with 28 other projects, one for each Member State of the European Union, receives the first prize thanks to the Integreat project, that allows integration of migrants, asylum seekers and refugees in Italy, involving NGOs, schools, associations, local communities and university students coming from all over Europe, who actively contribute through organising workshops, recreational activities and language teaching.

The Integreat project was born from the ideas and opinions of 800 young people coming from all over the world during the Youth Speak Forum, Aiesec's International Conference, held in New Delhi in August 2015, and is implemented for the first time in Italy and in Europe, as explains Guiscardo Urso, President of Aiesec Italy, in an interview with Vita International on the Integreat project.

“Receiving this award represents for Aiesec a starting point: integration is a process that entails dialogue, confrontation, sharing of ideas and solidarity. With this project we want to show that young Italians and Europeans are not afraid of differences and are ready to support and integrate, independently from skin colour, from religion, language and country of origin: we are all human beings”, says Guiscardo Urso, President of Aiesec Italy, who received the award directly from Martin Schulz, President of the European Parliament, during the award ceremony held in Aachen.

"The European Charlemagne Youth Prize" is awarded jointly and annually by the European Parliament and the Foundation of the International Charlemagne Prize of Aachen. The prize for the best project is €5000, the second, €3000 and the third, €2000.

We want to show, through this project, that young Italians and Europeans are not afraid of differences and that they are ready to support and integrate, independently from the colour of the skin, religion, language or country of origin: we are all human beings

“President Schulz has told me from the very beginning that he did not have any doubt about the impact the Integreat project can have and that young people understand and share the true spirit of Europe, sometimes better than institutions themselves. Knowing to have the support of the Charle Magne Foundation and of the European Parliament reassures me about the possibility of creating a better Europe, through practical actions, by young people”, Urso concludes.