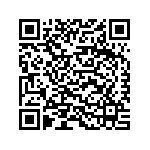 AIESEC, the largest organisation of university students in the world, and Cittalia- Fondazione Anci Ricerche, a body of ANCI (National Association of Italian Municipalities) that cooperates in managing SPRAR's central service, have launched a partnership to promote the integration of refugees and asylum seekers in Italy.
SPRAR (System for the Protection of Asylum Seekers and Refugees) consists of a network of local authorities that set up and run reception projects for people forced to migrate.
The cooperation between AIESEC and Cittalia is aimed at promoting initiatives to face the refugee and migrant emergency and revolves around values such as: the promotion of the right of reception, the vision of diversity as a value, and the application of the principle of subsidiarity.
By pursuing these objectives, AIESEC and Cittalia want to cooperate together in order to:

The InteGREAT project, in its first year of implementation, has won the European Charlemagne Youth Prize 2016, now in its 9th edition, aimed at awarding youth involved in projects fostering comprehension among people of different European countries and at promoting the development of a European consciousness amongst new generations.

So far 13 volunteers have been involved in Italy in the pilot activities of the InteGREAT project. During the summer over 30 more volunteers will be involved in 5 different cities on territorial projects of the SPRAR network.

“Diversity is a value and thanks to this cooperation our commitment in spreading in Italy a greater awareness about diversity will be more effective. Diversity of culture, gender, religious belief, country or continent of origin can't and mustn't create barriers between populations”, concludes Luca Pacini, director of Cittalia.