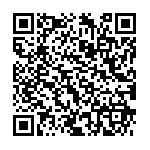 Wealthy countries have shown a complete absence of leadership and responsibility, leaving just 10 countries, which account for less than 2.5 percent of world GDP, to take in 56 percent of the world’s refugees, said Amnesty International in a comprehensive assessment of the global refugee crisis.

The report ‘Tackling the global refugee crisis: From shirking to sharing responsibility,’ documents the precarious situation faced by many of the world’s 21 million refugees. While many in Greece, Iraq, on the island of Nauru, or at the border of Syria and Jordan are in dire need of a home, others in Kenya and Pakistan are facing growing harassment from governments.

The report sets out a fair and practical solution to the crisis based on a system that uses relevant, objective criteria to show the fair share every state in the world should take in in order to find a home for 10 percent of the world’s refugees every year.

Just 10 of the world’s 193 countries host more than half its refugees. A small number of countries have been left to do far too much just because they are neighbors to a crisis. That situation is inherently unsustainable, exposing the millions fleeing war and persecution in countries like Syria, South Sudan, Afghanistan, and Iraq to intolerable misery and suffering.If states work together, and share the responsibility, we can ensure that people who have had to flee their homes and countries, through no fault of their own, can rebuild their lives in safety elsewhere. If we don’t act people will die, from drowning, from preventable diseases in wretched camps or detention centres, or from being forced back into the conflict zones they are fleeing.

The report says a basic common-sense system for assessing countries’ capacity to host refugees, based on criteria like wealth, population and unemployment, would make it clear which countries are failing to do their fair share.
The report highlights the stark contrast in the number of refugees from Syria taken in by its neighbors and by other countries with similar populations.
For example, the UK has taken in fewer than 8000 Syrians since 2011, while Jordan – with a population almost 10 times smaller than the UK and just 1.2 percent of its GDP – hosts more than 655,000 refugees from Syria.

The report shows how the richest countries in the world could take a fairer share of the current world population of vulnerable refugees. For example, using the criteria of population size, national wealth and unemployment rate, then New Zealand would take in 3,466. These are eminently manageable numbers, when contrasted against the 1.1 million UNHCR-mandate refugees in Lebanon, with its similar population.

More governments must show leadership
The report cites Canada as an example of how, with leadership and vision, states can resettle large numbers of refugees in a timely manner.

Canada has resettled nearly 30,000 Syrian refugees since November 2015. Slightly more than half were sponsored by the Canadian government, with close to 11,000 others arriving through private sponsorship arrangements. As of late August 2016, an additional 18,000 Syrians’ applications were being processed – mainly in Lebanon, Jordan and Turkey.

Today only around 30 countries run some kind of refugee resettlement program, and the number of places offered annually falls far short of the needs identified by the UN. If this increased to 60 or 90, it would make a significant impact on the crisis, the report said.

To encourage more countries to take effective action, Amnesty International is calling for a new mechanism for resettling vulnerable refugees and a new global transfer mechanism for acute situations like the Syrian conflict, so that neighboring countries would no longer be overwhelmed when large numbers of people flee for their lives.