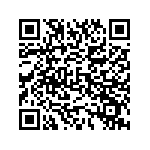 Today multiculturalism only means living beside, but not with each other. The great thinker Bauman asserts that it is advisable to replace the term “multiculturalism”, with the concept of "diasporisation": a process by which the stranger becomes a next-door neighbor.

Europe is undoubtedly facing a refugee and migration crisis of unprecedented proportions.

The majority of arrivals have been displaced by the Syrian conflict. Nevertheless, violence in Afghanistan, Pakistan and Iraq, poverty in Kosovo, Albania and Eritrea and terrorism in Nigeria, are all contributing to a phenomenon on an epic scale. Today migrants make up approximately 3% of the world’s population.

Overall, Europe’s response to the crisis has so far been fragmented and ineffective. At the same time this crisis seems to be threatening the future of European integration: will Europe be able to provide an effective response to a challenge of global dimensions or will centrifugal nationalist forces prevail, leading to the fragmentation of the continent in defence of now dated forms sovereignty?

The East Forum 2016 held in Rome aimed to examine these themes with a focus on the social integration of new arrivals and the question of guaranteeing security across the European territory, especially in light of the threat of Islamic terrorism.

The conviction underlying the work of the Forum was that Europe faces a challenge that will have a decisive and long-term impact on its future and its role in the world: a new Europe will be defined by the responses that it provides to the current crisis.

As Zygmunt Bauman, shows in the keynote he wrote for this conference, as long as there is immigration, people can hope to keep the immigrants in a ghetto, so that they do not mix with the natives. When migration occurs, there are no more ghettos, and intermarriage is uncontrollable.

According to one of the most significant global social thinkers of our age” the phenomenon of immigration may be controlled politically, restricted, encouraged, planned, or accepted…This is not the case with migration.

“The Italian novelist Umberto Eco asked then the crucial question”, writes Bauman. “Is it possible to distinguish immigration from migration, when the entire planet is becoming the territory of intersecting movement of people?”. The reply is that what Europe is still trying to tackle as immigration is instead migration.

Is it possible to distinguish immigration from migration, when the entire planet is becoming the territory of intersecting movement of people?

But today multiculturalism only means living beside, but not with each other. Bauman asserts that it is advisable to replace the term “multiculturalism”, with the concept of diasporisation: a process by which the stranger becomes a next-door neighbour.

Doctrines of difference do not produce uncontrolled intolerance, Bauman claims, on the contrary, they exploit a pre-existing and diffuse reservoir of intolerance. As Eco suggests, intolerance has biological roots: it is based on emotional reactions that are often superficial.

But where to look therefore for the origin of the phenomenon of intolerance? “In the last account, to the fear of the unknown – of which the strangers or aliens are most prominent emblems”.

To sum up, the philosopher thinks that current mass migration is unlikely to grind to a halt, neither for the lack of prompting nor for the rising ingenuity in attempts to stop it. Building of walls in order to stop migrants is a strange behaviour. “The number of immigrants is bound to carry on towards equilibrating, until the levels of well-being even up in both developed and “developing" sectors of the globalized planet. Such a result will, in all probability, however, require many decades to be reached – even barring the unanticipated turns of historical fate”.