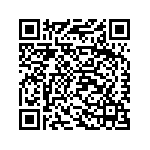 The preview of the findings and proposals of the upcoming Caritas report "Migrants and refugees have rights! Impact of EU policies on accessing protection”.

On Thursday 17 March 2016, Caritas Europa is launching a new report “Migrants and refugees have rights! Impact of EU policies on accessing protection”. This report is Caritas Europa’s studied response to the limited channels of legal migration to Europe. The report also highlights the tragedy hundreds of thousands of people face when seeking protection in Europe. Women, men and children escaping war, repression and violation of human rights often turn to Europe in the hope of finding a safe haven. But many are instead confronted with bureaucratic hurdles, denial of protection, and inconsistent reception standards across Europe, indicating a lack of solidarity.

We escaped from death. We used to live as normal people in a normal country. We used to run our own business. We had a great and happy life; my wife, my children and the rest of my relatives. But we have lost everything now... During the war, I lost my brother, my father. I remember the terrorism of the war, the bombs and the dead bodies.

Caritas Europa observes that certain policy responses by both the European Union (EU) and European government leaders belie core European values and contradict fundamental Christian teaching. This in turn jeopardises the foundation behind the EU project.

With this report, Caritas Europa wants to contribute to current migration and asylum-related debates. The report proposes solutions to simplify complex political processes and procedures and addresses the inconsistencies in practices across EU Member States. The findings are based on the experiences of Caritas organisations working to secure protection for migrants and refugees across Europe.

I fled the war in Syria with my mother, father and two brothers. We had no other choice than to pay smugglers. We went first to Lebanon and then to Tripoli (Libya) – there were people from all parts of the world. The smugglers left us to sleep in a tent for three nights, and then we embarked on a small boat. It was so scary and dark. The boat sank and we ended up alone, swimming in the open sea. My father saved me from drowning, but he couldn’t save my mum and brothers – they died before we were rescued.

The stories and testimonies of those who made it to Europe demonstrate the urgency for reform towards a comprehensive approach. Appropriate responses can only derive from recognising that migrants and asylum seekers are neither a “flow” nor an “invasion”, but are women, men, and children whose human rights and needs are at stake.

Throughout this report, Caritas shows that the EU has responsibilities in the current migration situation resulting from the export of arms and from making a business out of it. Arms trade is a big business. In recent years, the export of arms has provided an economic boost to exporting countries. Weapons often change hands during the course of armed conflict. For example, the Islamic State now has access to weapons provided by the United States and, undoubtedly by EU Member States, to Syrian rebels as well as to Iraqi and Syrian military forces.

Another important finding of the Caritas report is the issue of potential asylum seekers being obliged to cross borders irregularly to claim asylum, hence exposing them to human rights violations, putting their lives at risk and forcing them to rely on smugglers. Due to the limited safe and legal paths to come to Europe, women, men and children are compelled to take dangerous routes at the mercy of guides, who demand payment for their services. Despite political intentions to fight against smugglers, EU Member State’s restrictive migration and asylum policies actually feed smugglers’ businesses. Where there is demand, a supply will be made.

left Eritrea together with 64 men, women and children, most of them were relatives, in December 2012. Our journey took more than 11 months, we walked through 5 countries. I was kidnapped three times by desert gunman and gang raped. I narrowly survived the sinking of a smugglers’ flimsy fishing boat off the Italian island of Lampedusa on Oct.3, 2013, swimming through waters clogged with the bodies of more than 350 drowned passengers to reach shore. Only 3 of us survived the journey and finally reached Sweden.

In this report, Caritas also gives evidence to the lack of adequate EU policies in the field of migration. For instance, the absence of EU law and policy addressing low-skilled and medium-skilled migrants, except for the recently adopted Seasonal Workers Directive, leaves a huge gap in the EU’s ability to deal with a large part of migration into Europe. In addition, the EU legal framework regarding migration and asylum does not properly address the condition of women migrants and refugees. Women and girls represent nearly 52% of migrants in Europe. A majority of them are active, but they are still often treated as dependent on their husbands to obtain legal status. Female migrants also often suffer triple discrimination as women, as unprotected workers, and as migrants, with no real and adequate protection against such discrimination.

The Caritas report also shows that Europe needs migrants and actually benefits from migration. Migrants have actively contributed to the economic well-being of EU Member States, where foreign-born workers now comprise 10% to 15% of the labour forces. Most countries in Europe are facing demographic challenges and labour shortages in a wide range of sectors. For example, Germany will lose 5 million members of its workforce in the next 15 years and Italy will lose 3 million over the next decade. Migration, therefore, continues to be essential for Europe.